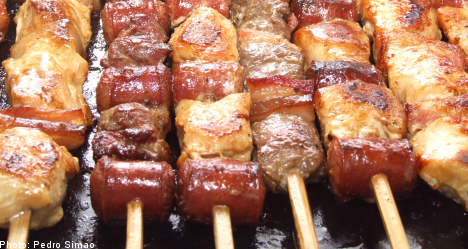 Some see LCHF as cutting-edge and a wake-up call about the state of our knowledge on dieting. Others see it as a fad and wonder about the effects it may have on people’s overall health.

The LCHF diet debate began in earnest in Sweden after Dr. Annika Dahlqvist first prescribed the way of eating to help some of her diabetic patients lose weight. Dieticians then brought her decision to the attention of the Swedish National Board of Health and Welfare (Socialstyrelsen), claiming the diet didn’t fit standard weight loss guidelines.

While the Board ruled in January 2008 that the diet was acceptable, it cautioned that the randomized controlled trials on which it was based constituted slim scientific justification and that there were no long-term studies available to back of claims about its benefits.

So, what exactly is LCHF anyway?

The theory behind the diet is eat few carbohydrates and replacing those calories with fat. It is similar to the popular Atkins diet, for example, which calls for replacing carbohydrates with proteins.

While Sweden’s National Food Administration (Livsmedelsverket) recommends healthy adults eat a diet composed of 50 to 60 percent carbohydrates, 10 to 20 percent protein, and 25 to 35 percent fat, a person on the LCHF diet would reduce that percentage of carbohydrates significantly, while at the same time increasing fat intake.

“The need for carbohydrate restriction is individually based. Lowering the percentage of carbohydrates to 20 percent of calories may be sufficient in many cases, while others need a maximum of 5 percent to induce weight loss,” explains Ralf Sundberg, a transplant surgeon with the Slottsstaden Medical Group in Malmö in southern Sweden, and advocate of the LCHF diet

While it may seem counterintuitive that consuming more fat can aid weight loss, a look at the mechanisms involved sheds some light on this apparent paradox.

As it turns out, eating more fat doesn’t necessarily cause more fat to be stored – as long as one’s caloric intake is balanced with energy expenditure.

Moreover, by replacing carbohydrates with fat, dieters have less glucose in their blood. Lower glucose levels mean less insulin is released. And since insulin plays a role in storing fat in the body and in blocking its use as an energy source, reduced insulin levels make it easier for the body to burn fat as energy.

In terms of weight loss, therefore, the LCHF diet works by making the body use more fat as an energy source, helping one lose weight.

In addition, eating more fat gives one the feeling of being full over longer periods of time, thus inducing a decrease in overall caloric intake.

Following the preliminary debate sparked by Dr. Dahlqvist, more Swedes began to take a look at the literature supporting various dietary standards, prompting an increase in the diet’s popularity, as well as continued discussion about its merits.

According to Ingrid Larsson, a nutritionist at Sahlgrenska University Hospital in Gothenberg, part of the fascination with LCHF stems from what some see as a lack of convincing information about how people ought to best to their diets in order to avoid certain diseases.

“There is a group of people in Sweden, some of them health professionals, some of them not working in the medical or nutritional area at all, who are very disappointed with the modest level of our knowledge about the dietary management of obesity, diabetes, and cardiovascular risk factors,” she explains.

“If you do not have that knowledge, then it is easy to search for a simple solution. ‘Eat more fat and less carbohydrates: that will solve your problems!’”

Sundberg, on the other hand, thinks the popularity of LCHF comes from people who have concluded that current dietary recommendations are based on “selective and misleading citations of the scientific literature” written by people with financial ties to the food industry.

In addition, more studies have come out supporting the benefits of LCHF.

“Many regular people dared to change their eating habits and found that their health improved – especially those suffering from diabetes and obesity,” says Sundberg.

He thinks Sweden is ahead of the curve in recognizing that diets like LCHF have a number of advantages for people’s health.

“But Sweden is not the only country. The interest of low-carb diets in the United States is increasing, although there has not been the same kind of media response yet,” he says.

While Sundberg believes that LCHF is “safe for everyone” he admits some segments of the population may want to refrain from changing their diets.

“It’s not recommended during pregnancy because carbs are necessary for weight gain, and growing children should not be denied carbs for the same reason,” he says.

He adds, however, that most but not all overweight individuals can lose weight with LCHF.

But there are others who remain skeptical about the diet – including Larsson, who says she still won’t recommend LCHF.

She explains that the Swedish Association of Clinical Dietitians (Dietisternas Riksförbund – DRF) has yet to find proof that the diet is better than any other diet.

“LCHF has not been proven to be superior to the recommended energy-reduced diets that obese patients are advised to follow,” she says.

“We have no data on the long-term safety of these diets, including diabetes and cardiovascular risk factors.”

“Many studies over several decades have come to the conclusion that high consumption [of saturated fat] does lead to an increased risk of arteriosclerosis (hardening of the arteries),” says Larsson.

She adds, however, that the findings don’t necessarily mean someone who consumes a lot of saturated fat will suffer from arteriosclerosis, “a high intake of saturated fat does lead to an increased risk” for the disease.

But Sundberg has a different opinion.

“Saturated fats do not clog arteries,” he says.

He cites a study from Harvard University which found that where “arteriosclerotic narrowing of coronary arteries progresses more rapidly from a carbohydrate-rich diet, while the opposite was found with a diet rich in saturated fats.”

In other words, a high-carb diet may actually be worse for your arteries than a high-fat diet.

Another bone of contention among dietary experts is whether or not eating a lot of fat and few carbohydrates could lead to deficiencies in certain essential nutrients.

Larsson cautions that, over time, an LCHF diet may also lead to a decreased intake of vitamins A, C, E, B1, folate, potassium and magnesium – which come mainly from plant and cereal sources, the common base for many carbohydrate-rich foods.

Sundberg, however, counters that “the risk of nutritional deficiencies is greater with the low-fat high-carb diets recommended by authorities today.”

Thus, in the absence of a clear consensus on LCHF, food-lovers concerned about their weight or their health are left to examine and compare literature for and against the diet.

And in the mean time, they will be left to satisfy their hunger at their own risk.