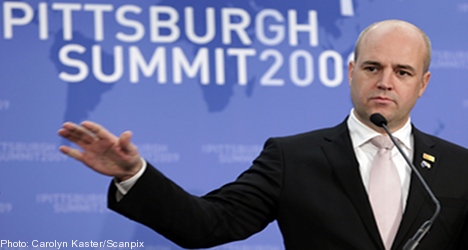 Countries such as China and India must turn public pronouncements on limiting greenhouse gases into “concrete actions,” the Swedish EU presidency stated on Friday.

“Recent encouraging public statements from the big emerging economies about limiting their emissions growth need to be turned into concrete actions and put on the negotiating table as well,” Swedish Environment Minister Andreas Carlgren said in a statement.

The Swedish presidency of the EU and the European Commission, in a joint statement, called on international negotiators to make decisive progress towards an ambitious global agreement on fighting climate change at two weeks of world talks in Bangkok starting on 28 September.

The Bangkok meeting is the penultimate preparatory session before the UN climate conference in Copenhagen in December at which the global deal is due to be concluded.

European Union nations last December agreed to cut greenhouse gas emissions by 20 percent by 2020. They now want a 30 percent cut to be agreed globally in Copenhagen.

Even more important for a global deal is securing substantial undertakings from the major emerging economies of China, India, Russia and Brazil.

On Friday, Zhang Guobao, the head of China’s National Energy Administration, said China will continue to rely on heavily polluting coal for most of its energy needs “for a long time.”

Earlier this month India said it was ready to set itself non-binding targets for cutting carbon emissions in a bid to shed its image as an intransigent polluter.