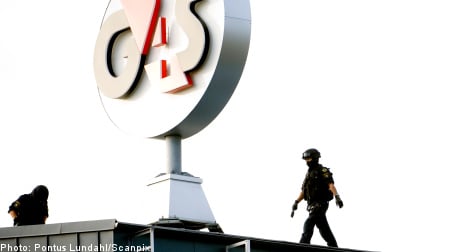 The hearings followed angry remarks from Sweden’s justice minister lambasting the police for leaking information to the press.

A fourth man, aged 36, had his remand hearing moved to Thursday.

Two other suspects, a 21-year-old male and a 31-year-old martial arts expert, were released on Tuesday night.

Investigators emphasized, however, that suspicions against the two men remain, but that it was no longer necessary to keep them detained.

Prosecutor Björn Frithiof, one of two prosecutors leading the investigation, confirmed that several more suspected culprits are being pursued.

“Everything indicates that considerably more people have been involved in this highly organized robbery,” he told TT.

“With this in mind, and considering the risk that the suspects remaining at large may evade capture and hide evidence, we can not release any further information at the present time.”

In his submission to the court, Frithiof wrote that there was good reason to suspect that, if released, the three remanded individuals would attempt to hinder the investigation.

As the delicate investigation continues, the Swedish police once again found themselves on the receiving end of withering criticism following allegations of suspected leaks to the media.

told TV4 that disgruntled Stockholm police officers have been leaking sensitive information pertaining to the investigation to the public.

The charges provoked a pointed response from Sweden’s Minister of Justice, Beatrice Ask, who pulled no punches in expressing her frustration over the situation

“I hope that none of them have the time to gossip to the general public, but that they shut up and do their jobs,” Ask said to TV4. 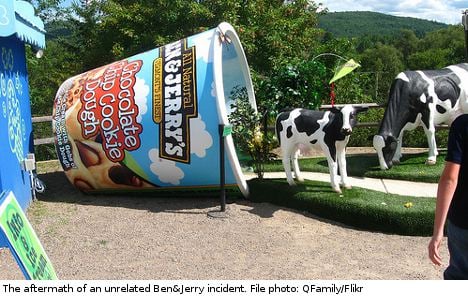