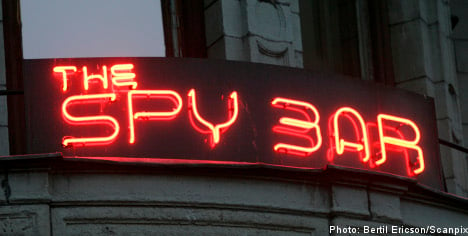 During a visit to the Spy Bar one evening in 2005, the two women decided to lock lips in a public display of affection.

A nearby security guard quickly intervened and told the women to stop kissing, explaining that the club also frowned upon same-sex kissing involving men.

The guard’s comments prompted the women to assume that their make-out session had been interrupted as a direct result of the guard’s discriminatory views toward homosexuals.

The women’s suspicions about the guard’s views were strengthened when they saw him ignore a man and women entangled in a passionate embrace as he walked away.

The women reported the matter to HomO, Sweden’s Ombudsman against Discrimination on grounds of Sexual Orientation (now part of the Equality Ombudsman – DO), who took the matter to court.

In a June 2009 ruling the Stockholm District Court ruled Spy Bar was guilty of discrimination and ordered the club to pay the women 10,000 kronor apiece and cover the legal expenses incurred by the ombudsman.

According to the court, it is common knowledge that people who hug and kiss one another in bars and restaurants should not be instructed to stop doing so.

“These two women haven’t asked for special treatment, but for basic human rights. They only chose to do something which is completely obvious for two heterosexual people who like one another,” said Equality Ombudsman Katri Linna in a statement issued at the time of the ruling.

But Spy Bar’s owners, Stureplans Nattklubb AB, appealed the decision, arguing the evidence implicating the guard was too vague to justify a conviction.