For the past two years, citizens from Afghanistan, Iraq, Somalia, as well as from the West Bank and Gaza who have had their asylum claims rejected have been able to apply for funds from the Swedish Migration Board (Migrationsverket) to help pay for the return trip home.

“We’ve had this option for nearly two years and have been reviewing it along the way, and based on that we’ve chosen to go ahead and open it up to more countries,” Caroline Henjered, head of the agency’s division for asylum reception, told the TT news agency.

Since November 1st, an additional 20 countries have been added to the programme. Most of the countries are in Africa, but asylum seekers from parts of Russia and Kosovo can now also apply for the repatriation funds.

Migration authorities estimate that around 18,000 repatriation cases will be carried out in 2009. About 42 percent of cases are expected to end in voluntary return, with Iraqis making up the bulk of those willing to return on their own.

At the same time, about 10,000 cases will likely be handed over to police, who will then be charged with carrying out deportation orders for people who are unwilling to leave Sweden after having their applications for refugee status rejected.

According to a recent report from the United Nations Refugee Agency (UNHCR), 10,000 asylum seekers came to Sweden in the first six months of 2009, down from 12,000 applications during the first half of 2008, Sveriges Radio (SR) reports.

Nevertheless, Sweden still receives the highest number of asylum requests of all the Nordic countries.

The Migration Board hopes expanding the repatriation assistance programme will increase the number of people willing to return to their homelands voluntarily and has set a goal of boosting the number of voluntary repatriation cases to 47 percent.

“We’re doing this because we’ve seen that it brings results,” said Henjered.

According to Henjered, it’s possible that even more countries will be added to the programme.

“We’re not against expanding things further in the future,” he said.

Through August, the agency has handed around 7,000 cases to the police, with about 56 percent of them thought to involve people who have decided to go underground to avoid deportation.

The Migration Board hopes that by allowing unsuccessful asylum seekers from more countries to apply for repatriation funds, it can also lower the number of people who go into hiding.

“Our main objective – and what we’ve already seen from the evaluations we’ve done so far – is to have fewer cases handed over to the police in relation to our total number of cases,” said Henjered.

The cost of the current repatriation assistance programme is calculated to be between 40 and 50 million kronor ($5.7 to 7.2 million).

However, it remains unclear how much costs may increase after more countries are added to the programme, or how the costs would compare with those incurred by having the people remain in Sweden.

“Off the top of my head, I’d guess that it won’t be cheaper or more expensive,” said Henjered. 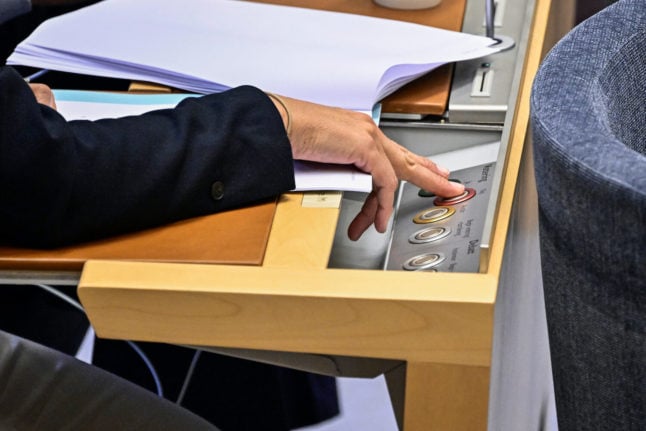