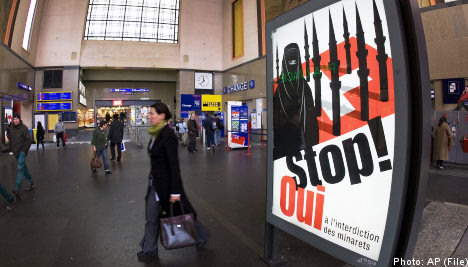 “It’s an expression of quite a bit of prejudice and maybe even fear, but it is clear that it is a negative signal in every way, there’s no doubt about it,” Bildt, whose country holds the current European Union presidency, told Svergies Radio (SR).

Swiss voters on Sunday approved by a majority of 57.5 percent a ban on minarets in a referendum.

Bildt said he found it odd that such a decision was put to a referendum.

MOSQUE
Sweden to deport Iraqi imam and his son
Url copied to clipboard!