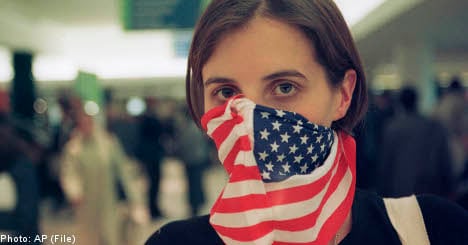 “We think the targets set by the US are not comparable with what we have done in the European Union,” said Swedish Prime Minister Fredrik Reinfeldt, whose country holds the rotating EU presidency until the end of the year.

Europe cannot at the moment increase its carbon dioxide reduction pledge, he added in online video comments on the eve of a European summit.

EU leaders have pledged to cut carbon dioxide emissions by 20 percent by 2020 from 1990 levels.

The 27 member states have also said they will deepen those cuts to 30 percent if they see comparable efforts being made in developed nations such as the United States, Australia, Canada, Japan and Norway.

Some nations, led by Britain, are keen to make the 30 percent cuts pledge, but others, notably the poorer eastern EU member states such as coal-reliant Poland, are more reticent.

International negotiations on tackling climate change got underway in Copenhagen on Monday.

But Reinfeldt made it clear that, given the current level of pledges, the EU summit in Brussels on Thursday and Friday would not agree to bigger cuts.

“We still want further targets from the developed world, in that case we will be able to move,” he stressed.

The US House of Representatives in June narrowly passed a plan to cut emissions by 17 percent by 2020 from 2005 levels.

However Republican lawmakers critical of efforts to battle climate change have vowed to fly next week to the Copenhagen summit to undercut President Barack Obama’s promises of strong US action.