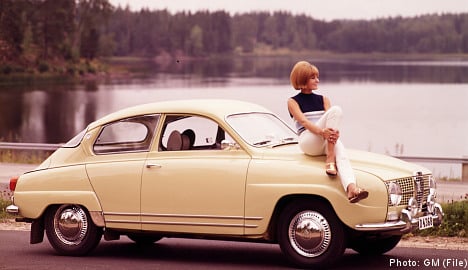 GM said in a statement Friday it had failed to reach an agreement with Dutch sports car maker Spyker on a sale of the division, just three weeks after another luxury car maker, Koenigsegg of Sweden, withdrew its bid for Saab.

The Detroit auto giant acquired Saab 20 years ago, but the takeover was never much of a success for either party.

It last made a profit in 2001, the only year it was in the black in almost two decades of GM ownership.

An ageing product line and a collapse in demand owing to the tightening of available credit hurt Saab’s sales in recent years.

The automaker last brought out a new model eight years ago, the 9-3 in 2001, while its other flagship car, the 9-5, was last replaced in 1997. It is currently in the process of launching its new 9-5 model.

In the highly competitive auto industry, the average life cycle of a new car is five to six years.

Saab started life in 1937 as an aircraft manufacturer — something which became evident in the aerodynamic, sporty shape of its first concept car designs.

The company built its first prototype cars in 1947 with the first production version rolling off the assembly line two years later.

Its main production headquarters are in Trollhättan, a town of just 55,000 inhabitants in southwest Sweden.

Saab’s glory years came in the 1980s when a weak Swedish krona helped boost sales in its export markets, the US and Britain, where it gained a reputation for its turbocharging technology.

GM bought 50 percent of Saab Automobile from Saab-Scania in 1990, snapping up the rest of the company a decade later.

The US auto giant wanted a premium marque to add to its wide range of brands, while Saab would gain better economies of scale by being part of a larger company.

However, Saab employees told AFP earlier this year that their US parent did not invest enough money in new products during its tenure as owner, which impacted on sales.

GM, hit hard by the global economic crisis, needed to either sell or close Saab to shore up its own badly damaged balance sheet.