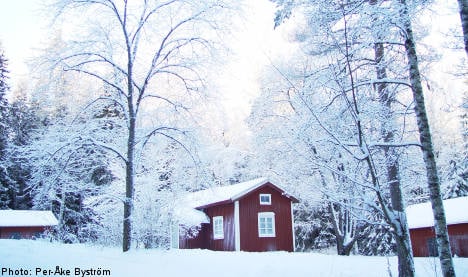 Since 2000, house prices have nearly doubled, while prices for apartments increased by 160 percent.

When the financial crisis hit in late 2008, attendance at home viewings dried up and prices began to sink, prompting a number of analysts to predict a continued fall in home values through most of 2009.

But following a series of hefty interest rate cuts by the Riksbank, the Swedish housing market made a solid recovery.

Through November, prices for houses have risen between 9 and 11 percent nationwide, while apartment values have risen by between 15 and 19 percent.

Continued tax cuts and a growing belief that the effects of the economic downturn may not be as bad as previously feared have also helped keep Swedish home prices afloat.

“When the signs of an economic downturn began rolling in, many potential home buyers, quite naturally, got cold feet,” said Claudia Wörmann, lead analyst at the Association of Swedish Real Estate Agents (Mäklarsamfundet), to the TT news agency.

According to a survey of estate agents conducted by the association, the housing market will likely remain unchanged in many parts of the country during the first quarter of 2010.