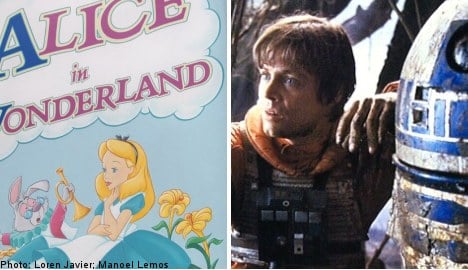 Alice became the most popular girls’ name for the first time ever, with 977 newborns bearing the name nationwide, according to new figures from Statistics Sweden.

Lucas topped the list for boys for the third time in four years, but will have to watch out next year for Elias, Oscar and William, all of which surpassed the 1,000 names barrier.

Maja, last year’s number one name for girls, dropped down to second spot but remains the most popular name for girls born in Malmö and other parts of southern Sweden.

Behind Alice and Maja came the rhyming triumvirate of Ella, Emma and Elsa. In fact, having an ‘a’ at the end of a name was generally a recipe for success, matching the profiles of nine of the girls’ names that made the top ten.

For Johan — the most popular boys’ name of most of the seventies and eighties — the fall from grace was complete, as the name slipped out of the top 100. Names like Elton, Mio, Dante and Ruben were only too happy to fill the vacuum left by the old guard, with Christoffer, Martin and Pontus joining Johan on the scrapheap.

Among girls, Vilda, My, Malva, Nicole, Greta and Rut announced their arrival, while Annie, Engla, Irma, Jennifer, Majken and Vendela all made good their exit.