A 28-year-old man has been questioned regarding the administration of the hubs.

A further three raids were conducted at two locations in Stockholm, and one in Kramfors in northern Sweden.

“A large number of computers and other equipment have been seized and it will take some time for the police to analyze them,” Fredrik Ingblad at the Stockholm City prosecutor’s office told The Local on Wednesday.

According to Ingblad, police suspect that the hubs have been used to allow users access to between 9,000 and 17,000 music files and the four are all suspected of copyright infringement.

“Two of the four have confessed, the other two have denied committing an offence but have confessed to having some involvement,” Ingblad said.

The police raids were conducted in response to reports from the International Federation of the Phonographic Industry (IFPI), which represents 95 percent of the music industry.

“There are far too many of these DC hubs in Sweden, we lead the world in this field I think,” Lars Gustafsson, chief executive of IFPI Sweden, told The Local on Wednesday.

“The police have had a shortage of resources for this type of crime but now it seems to be creeping up the list of priorities somewhat. That is something we welcome as it affects a lot of people within the music industry.” 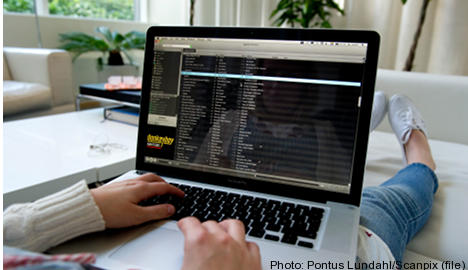 Legal downloading sites like Apple’s iTunes Store were once thought to be a panacea for the global music industry, providing an alternative to illegal download sites like Sweden’s Pirate Bay.

But if the high-tech Scandinavian nation is anything to go by, music downloads could soon be as obsolete as CDs or vinyl records.

iTunes’ success has been modest here, with the vast majority of consumers preferring to stream songs rather than owning them on a hard drive.

Last year, 2012, was the best year for music sales in Sweden since 2005, with 63 percent of revenue coming from digital sources, according to data from the Swedish Recording Industry Association (GLF). Out of that, 90 percent came from streaming services.

“Norway and Sweden are similar in that a large part of music revenue comes from streaming, and in that both countries have seen strong growth,” said Ludwig Werner, managing director of the Swedish chapter of the International Federation of the Phonographic Industry (IFPI).

Other countries, including Europe’s largest economy Germany, still derive most of their music sales from CDs, he noted.

With income still lagging the heydays of the early noughties, when file-sharing began eating into results, Werner said it was too early to tell if the music industry was out of the woods.

The Swedish turnaround has been driven by two events: In 2009, the Ipred law came into effect, giving copyright holders the right to require service providers to reveal details of users who share files, paving the way for legal action.

Also contributing to a rise in legal music sales was Spotify, the digital media juggernaut launched by Swedes Daniel Ek and Martin Lorentzon in 2008. The streaming music service still counts Sweden as one of its most successful markets.

“We do see a similar trend (for sales) across the Nordics, but primarily for Sweden and Norway where the penetration for streaming services is very high,” spokeswoman Marine Elgrichi said.

According to the company, the 1,000 kronor that a paying Spotify user spends on music per year is twice that of a user who downloads songs.

Asked about the criticism levied at the digital music service for how it compensates artists, Elgrichi said it pays 70 percent of revenues back to record labels and collecting societies, who then pay the artists.

Last spring, Spotify had paid out a total of 1.6 billion kronor. At the beginning of this year that amount had doubled.

“To double that figure in under a year shows the huge strides we’re making,” Elgrichi said.

Tom McAlevey, founder of Radical.FM, a Swedish music streaming start-up modelled on US-based Pandora Internet radio, said streaming music services would create “the most lucrative era the music industry has ever been in.”

According to his own calculations, between 100 and 200 plays on Spotify earns a record company the same amount of money it would make from a download.

“After that it’s just pure profit. No one’s buying anything a second time on iTunes,” he said.

“It’s going to be the most lucrative thing ever because you get paid forever,” he argued.

Artists’ criticism of streaming services like Spotify was beginning to subside as they were “starting to understand the math,” he said.

The rise of streaming music is already affecting how record labels operate. With more people discovering new artists through shared playlists and “tailored” radio stations like Pandora that predict what kind of music the listener wants to hear, there’s less need for costly advertising campaigns to

“Previously most of our marketing activities were tied to paying for exposure,” said Robert Litsen, an executive at Swedish-based Cosmos Music Group.

Promotional campaigns for a singer or a band were now more focused on “what you communicate” rather than “how much you’re willing to pay,” he added.

Others believe it could shift the industry’s economic cycle away from the traditional spike in CD sales before Christmas.

“With less focus on the Christmas market, we can spread out the releases of albums at different times, when artists have more of a chance to stand out,” the managing director of Universal Music Sweden, Per Sundin, said in a recent report from IFPI.

Prior to the controversial Ipred law, Sweden was at the forefront of file-sharing activism, and in 2006 fans of the website Pirate Bay formed the Pirate Party to campaign for copyright reform.

But party leader Anna Troberg said she didn’t think the crackdown on file-sharers was behind the music industry’s newfound success.

“I think it’s because they’ve finally begun using new technology to their advantage, rather than trying to fight it,” she said.

Spotify was a good alternative for “chart music”, but finding the sort of niche acts she listened to herself was harder, Troberg noted. 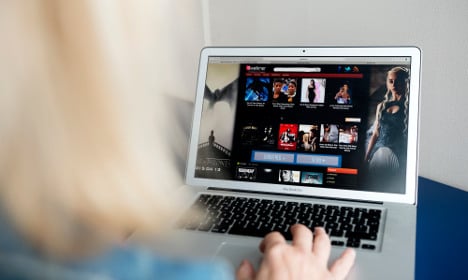 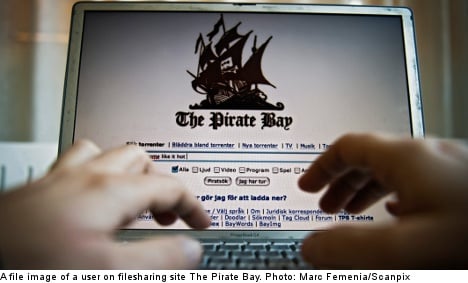 FILE-SHARING
Illegal file sharing on the wane in Sweden
Url copied to clipboard!