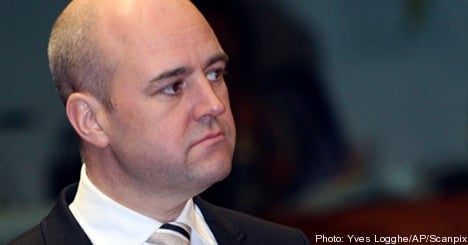 Swedish public television SVT reported on Wednesday that between 1991 and 1994 Russia dumped chemical weapons and radioactive waste off the shores of Gotland, a Swedish island in the Baltic Sea.

The network also said the Social Democrat government that came into power in 1994 was informed of the dumping by military intelligence in the late 1990s, but failed to act on the information.

“This is new information for the (current) government. What we are saying is that questions should be directed at the previous governments,” she said.

According to SVT, the wasted dumped in Swedish waters came from the giant Karosta naval base in the Latvian port city of Liepaja.

Sven Olof Pettersson, an advisor to former foreign minister Anna Lindh, a Social Democrat, told SVT that Lindh knew about the dumping and called in vain for a public inquiry on the matter.

She was murdered by Mijailo Mijailovic, a mentally unstable man, in 2003.

Current foreign minister Carl Bildt, who was Sweden’s prime minister while the dumping was taking place, said Thursday he had not been informed it was happening.

Bildt headed a centre-right government from 1991 to 1994. The Social Democrats then took over until 2006.

A summit of heads of state of countries bordering the Baltic Sea was to take place in Helsinki Wednesday to try to solve the problems of one of the world’s most polluted seas.

Russian Prime Minister Vladimir Putin is due to attend.