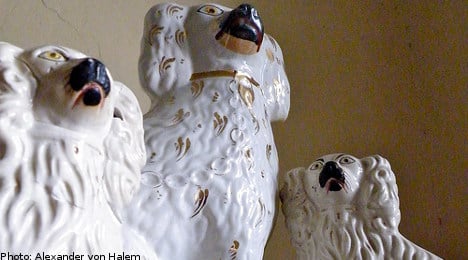 The 65-year-old woman has now been charged by Malmö District Court on suspicion of serious drugs offences.

The drugs stash was uncovered by police a month ago after they arrested her neighbour and suspected partner in crime. In connection with the arrest, police found scales, packaging, amphetamines and 70 cartridges in a flower pot in the neighbour’s home.

According to the prosecutor, the pair had acquired the drugs in order to sell them on. But the pensioner denies the charges.

“I was given the gold dog statue from a friend who wanted me to have it as my own dog had passed away,” she said.