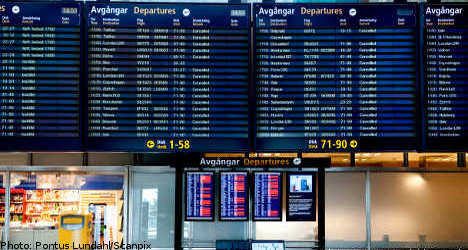 “They are open for all transport north and west, and at high altitudes they are open in all directions,” Carl Selling at LFV confirmed.

Stockholm Bromma Airport was forced to close briefly but was later reopened.

The movements of the volcanic ash cloud will determine how long the airports, located in Stockholm and Gothenburg, will remain open. A new forecast will be made at 2pm on Monday with the Swedish meteorological agency, SMHI, hopeful of positive developments.

“It is only the southernmost parts of the country which are getting in particles from the ash cloud,” said meteorologist Alexandra Ohlsson at SMHI.

LFV is due to hold a crisis meeting on Monday to discuss the long period of disruption.

“LFV is bleeding and is having a tough time, just like all other companies which have been affected by this,” Carl Selling said.

Budget airline Norwegian plans to deploy two extra planes on Monday morning to travel to Malaga to collect stranded passengers headed for Oslo and Stockholm. A first come first served policy will be applied, the airline said in a statement, with competition for seats intense after a long weekend of disruption.

Two extra departures are also planned from Las Palmas during the morning – one to Stockholm and one to Oslo. The same principle applies to the Malaga flights and check-in opens at 8am.

Scandinavian airline SAS has however confirmed that almost all its flights would remain grounded on Monday except for flights from the US and a few from Norway.

At midnight on Sunday, Gävle/Söderhamn and Mora opened for flights north and west and from 2am Monday airspace over the Baltic Sea, Småland, Östergötland, Sörmland and Västergötland reopened at high altitude. This means that planes to and from Europe can pass through Swedish airspace.

Planes that take off outside of Europe and have Britain as their destination can land in Spain, according to an agreement between the two countries’ prime ministers, reports Spanish radio RNE.

Travellers from Asia, South and North America bound for Britain will then be able to complete their journeys by land or sea, according to the agreement.

Spain’s transport minister has also offered their other European colleagues access to Spanish airports which are not affected by the Icelandic ash cloud.

A test flight by British Airways found “no problems” and was able to complete its journey “perfectly”, the British airline confirmed on Sunday. The BA test deploying a Boeing 747 last three hours and carried the firm’s CEO Willie Walsh onboard.

Air France, KLM and Lufthansa have all previously completed test flights without complications. 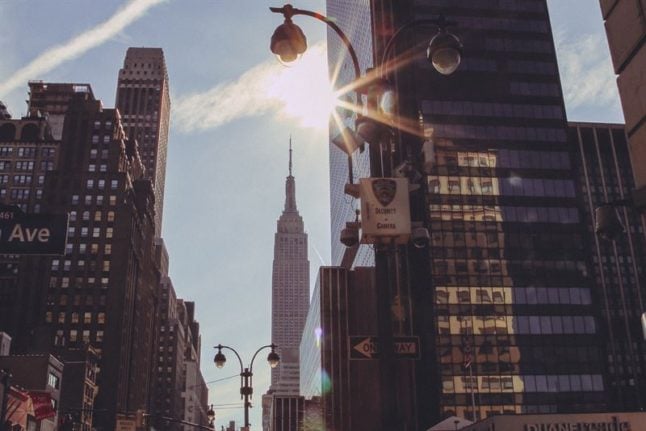