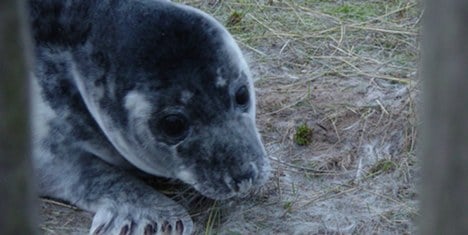 Seals frolic and eagles soar among the picturesque isles of the Västervik archipelago on Sweden’s east coast. If that image stirs your inner nature lover then this is the perfect place to experience Sweden’s Baltic wildlife up close and in person. The Idö Skärgårdsliv company is geared up to take you out on a nature watch, to observe the grace of the once-endangered white-tailed eagle and grey seal.

Aboard a comfortable, modern fishing vessel your guide will take you to the outer reach of unspoiled islands to get within virtual petting distance to inquisitive grey seals gracefully gliding amid the skerries despite 3m (10ft) bodies weighing upwards of 200-300kg (450-650lbs.) When not staring back at the seals you can cast your gaze upwards as the white-tailed eagle (also called the sea eagle) flies effortlessly above you held aloft by a wing span of 250cm (8ft). And while the safaris will satisfy your hunger to get close to nature, the experience will trigger your appetite. Upon your return a light lunch awaits you at the Idö Skärgårdskrog restaurant.

Lasse Nilsson, owner and guide of Idö Skärgårdsliv feels fortunate to combine a passion for nature and his “day at the office.” Lasse never tires of the regular sightings, “The eagles are incredibly majestic. They sometimes fly right over the boat. But the seals are curious and they can hang around the boat for an hour.”

The grey seal (Halichoerus grypus) is found in both the Baltic Sea and the Atlantic and bears a sleek spotted fur hide. Between May and June the grey seal molts and is more often found on land than in the water, where they can dive to depths of 70m(200ft.)

Spring (April and May) is the prime season to go out on safari to observe the seals, although the boats are careful to remain outside the protected wildlife zones. However, Lasse explains, “We are grateful that the seals are often rather disrespectful of the zones, and often approach the boat.” While it is well known that there are seals on Sweden’s west coast Lasse points out that most Swedes are not aware that there are grey seals in the Baltic Sea.

The safaris set off from the archipelago terminal in Västervik or Horns Udde (10km south of Västervik). The boat ride is 30-60 minutes total depending on your point of departure. It is strongly recommended to wear wind tight outer gear and rubber boots as the tours will run even in inclement weather.

Departure (reservations recommended) dates: Saturdays and Sundays 10am from 17 April to 6 June and 7 August-31 October. Other dates and days available upon agreement.

If the weather prevents us from venturing into open seas, we will remain in the archipelago and include a visit to Västervik’s renowned (sjömärke Spårö Båk)

Private tours, including conference groups can be arranged.

This article was produced by The Local and sponsored by Västervik – Sweden's most beautiful archipelago.