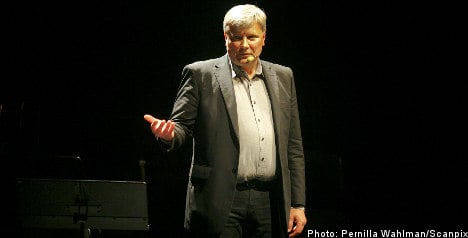 The vote, 121-91 in favour, means the party’s elections manifesto will include calls for the introduction in Sweden of a six-hour workday with no loss of salary.

Leading figures had wanted to ditch the six-hour policy at the party’s annual congress in Gävle. They hoped instead to focus on policies they felt stood a greater chance of gaining acceptance as part of the three-party Red-Green opposition’s common electoral goals.

Demands viewed by the party’s upper echelons as more realistic included: the right to full-time work; greater employment security; and the introduction of individualized parental leave, a system whereby mothers or fathers would be allocated days individually without the right to transfer them to the other parent.

But delegates proved unwilling to shed one of the party’s high profile issues, meaning a paragraph calling for the introduction of the six-hour workday will now form part of the Left Party’s official election manifesto.

Josefin Brink, a member of the governing board, had called for the demand to be set aside ahead of the forthcoming election.

But many party delegates disagreed with the call from on high.

“A six-hour workday with full salary retention ought to be one of the Left Party’s major profile issues. We know it’s right, and it’s smart. We need to have faith in ourselves,” said Skåne delegate Ana Rubin.

Stockholm delegate Emil Magnusson said it would be catastrophic for the party to leave out one of the issues for which it is most famous.

“When should we push the issue if not at election time?” he wondered.

Mehdi Oguzsoy, also from Stockholm, said removing the demand would deal “a deathblow to the party’s soul”.

Anne Christine Gillberg, a delegate from Gothenburg, urged the party to not simply hold up a moistened finger to sense which way the winds were blowing.

“We mustn’t bow to the winds of opinion,” she said.