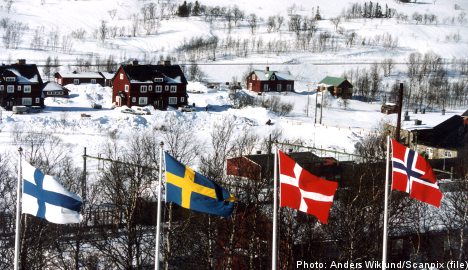 The late thaw contributed to the longest continuous period of snow cover in the region for at least 60 years, according to the Swedish Meteorological and Hydrological Institute (SMHI).

Normally, these types of statistics do not extend back beyond 1961, but for the Jämtland resort of Storlien, SMHI has records reaching back to 1951. The SMHI defines a continuous period with snow cover as snow depth of at least 1 cm.

It has been a remarkable snow season in Storlien-Visjövalen. The area received its first snowfall on September 29th last year.

At times in the early winter, the snow cover was only a few centimetres deep, but it never melted away. However, the maximum snow depth this winter was thinner than normal.

Storlien was not the only place where the snow cover remained for an unusually long period of time. Southern Sweden was hit with the harshest winter in about 20 years with unusually heavy snowfall.

“The reason is that we had a pretty warm fall when it suddenly changed to the usual colder air,” said SMHI in a statement. “Now only Högfjället in Sälen still has snow cover.”

Because of a long period of cool weather and heavy precipitation, snow cover is still increasing in higher locations in the Alps. Austria’s Sonnblick, which is over 3,000 metres above sea level, now has 665 cm of snow depth, which is a record in June.

In parts of southern Sweden this winter’s snow cover lasted longer than in any year since the 1970s or 1980s.

In much of southern Sweden, the winter of 1969-70 holds the record for the longest-lasting snow cover in the past 50 years. To the north, a number of winters have claimed the record, including the winter of 1992-93.

This may seem somewhat remarkable given that it was an unusually mild winter. However, the snow cover was formed in October during a record cold snap and later in the season, westerly winds resulted in large amounts of snow especially in the mountains in Lapland.