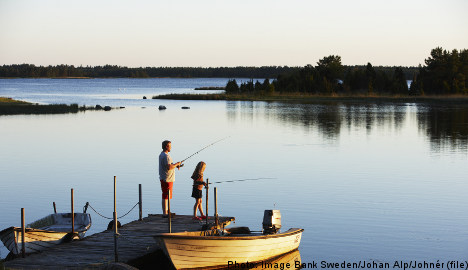 Three years ago, the Tällberg Foundation set out to find the answer to a question: which countries and which social models have created the best societies? Which can work as tried and tested visions in the development of the evermore integrated globalized civilization?

To find an answer we collated the results of the most frequently quoted of the many indexes and ranking lists that compare how countries have succeeded in various important ways.

We have chosen sixteen lists, which represent a broad range of aspects of societal development and which are among the most frequently cited. These indexes have been compiled by the UN, universities, international organizations and independent foundations. None of them are based in Scandinavia.

We combined the countries placings in the various lists into an overarching ‘meta-index’. Just as when we last did this three years ago, Sweden comes in first place, averaging 4.6. The other Nordic countries take the next four positions. Other countries on the list include Germany, which averages 15.0, the UK on 18.9, the US on 25.4, Russia 72.9, China 82.0 and India 90.6.

These surveys of everything from competitiveness to human rights, the environment and democracy are based on systematic comparative analyses. The fact that Sweden and the other Nordic countries are strengthening their lead is interesting in such a rapidly changing world. Their leading positions strengthen the image of Sweden and the Nordic region as the national park of the global society.

Modern Swedish society is built on various traditions: the right of public access, village councils, private ownership, the social movements, social solidarity – all of which have represented a continuous struggle for a better society, and which are now doing the same on a global level.

But every period has its own vocabulary to describe the underlying trend. Sweden’s 20th century ideal of the ‘People’s Home’ (Folkhemsideal) and the mixed economy have in the 21st century been converted into the ideal of social entrepreneurialism: that investments, innovation and the building of a good and just society are inextricably linked.

What Swedes have little tolerance for is big social and economic divisions between citizens. Some of today’s executives are pushing the boundaries of people’s tolerance.

The analysis shows that Sweden is not a typical country, if there is such a thing. It shows that we have developed a societal model that combines self-interest and solidarity, and a solidarity that includes living in balance and harmony with nature and the eco-system.

Governments of many different colours have occupied, maintained and strengthened Sweden’s position in this table, so there is no need to get too worried by political rhetoric in the current election campaign. Whatever politicians say, no government will be able to pursue policies that diverts the country from the middle ground of the past century. However, one area Sweden has fallen back somewhat since our last analysis: the ease of doing business. Sweden is in 18th place, and this is Sweden’s only ranking outside the top ten.

Among the range variables that define business climate, the only one in which Sweden comes in the top ten is trade. Sweden is only the 43rd best place to start a company, the 18th best place to wind up a company, 117th best place to employ workers, 57th best at protecting investors and 71st best for obtaining credit. This ranking list is published by the World Bank.

It is very Swedish to refrain from blowing your own trumpet. Self-congratulation sounds bad to Swedes. But this ranking list is a sign of how others perceive us.

Our top placement might not have been sought, but it is ours nonetheless. It obliges us to be a good example, and good examples are sorely needed as the world tries to face up to its greatest challenge – getting people and nature to live together for the rest of time.

The Tällberg Foundation is an independent non-profit organization that works to deepen our understanding of issues related to leadership and change in society and business. The Foundation’s main focus of activity is to gather leaders from around the world and from a variety of backgrounds for discussions and reflection on how the world has changed and what we can do.