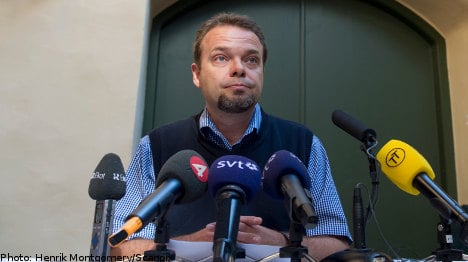 “When Aftonbladet confronted me with the information that I had bought sex I knew how much attention such an allegation would generate and that I would be unable to defend myself against it. It is word against word. In this situation I did what I could to prevent publication,” said Littorin in an interview with the Dagens Nyheter daily.

Littorin said that it was never his intention to mislead anyone over the real reasons behind his resignation.

When asked whether he has had any contact with the woman who has forwarded the allegations to Aftonbladet, Littorin replied that he doesn’t know as he doesn’t know who she is.

“It is word against word. I don’t know if she is mistaken or if she has invented the whole story,” he said.

When asked about what it is he has said that he is ashamed of he answered that, precisely like most other people, he had done some things that one regrets later.

At the same time Littorin was keen to underline that he has not done anything criminal, that he is no longer a public figure and that he now wants his life to left in peace.

The former minister claimed that he has received a great deal of support and sympathy from colleagues, friends, and members of the public and that the decision to resign was completely his own.