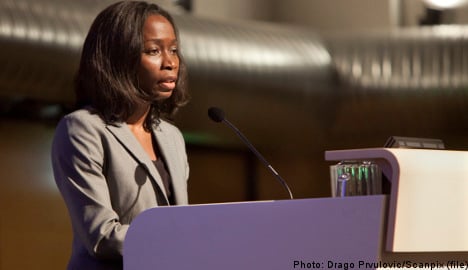 The man, a non-political appointee, shared his opinion on Islam on his blog in September 2008 when he commented on an article by writer Lena Andersson in which she warned against the “religious terrorism” directed at artists, writers and journalists.

The civil servant’s own commentary on the article was that “Islam is like Communism or Nazism. There are no good practitioners – just confused or evil.”

Sabuni told the Expressen daily on Wednesday, “I strongly disagree with these views and there is of course no truth in them.”

However, neither she nor her state secretary, Christer Hallerby, commented on Wednesday on whether they consider the man man fit to work with immigration issues.

“I cannot conduct personnel policy in the media since this is something we deal with internally,” Hallerby told news agency TT. “This is something he has done outside of his duties and as I understand it also before he was hired here.”

“For the non-political parts of government offices, the same rules apply as for those in the rest of the labour market in terms of freedom of expression, job security and professional negotiations during a transfer.”

Sabuni also stressed that the man is an non-political civil servant and that she cannot keep track of what all the civil servants in the government offices think. She declined to comment on whether the man is suited to work as a researcher in her department.

However, a written statement from Hallerby on Wednesday evening confirmed that he and the staff member had agreed that as the discussion had arisen it was made clear that the man could no longer represent the department “in the same way as before.”

The man will “change job duties within the department in the future.” A discussion of what these will entail is currently ongoing.

The man later apologised on his blog for the comments and offered a clarification of his statement.