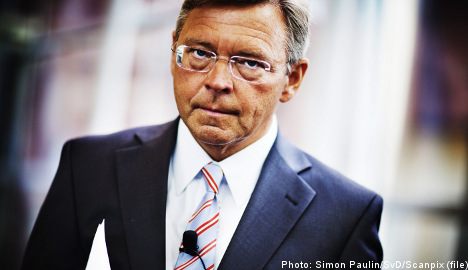 Speaking in an interview with Danish magazine Lederne, Clausen divides responsibility for the fall out from the finance crisis with politicians, the banks themselves, and their customers.

“The bad banks should be allowed to go bankrupt, and customers should have been affected. This has just not been politically acceptable, as it would have affected the customers,” Clausen said to the magazine.

But Clausen said that the consequences would be the same as for customers of businesses in other sectors, such as airlines or construction firms, which would not be saved by the state.

“The discipline required in choosing a bank you have faith in has been removed due to the principle of being ‘too big to fail’,” adding that he hoped that international regulation would continue in the direction of allowing troubled banks to fail.

Clausen said that while Nordea was not responsible for the crisis, it would do its bit to ensure that there would be no repeat.

Nordea, formerly Nordbanken before it merged with Finnish Merita in 1998, was bought by the state-owned PK-Banken in 1990 after falling victim to the financial crisis in Sweden 1990-1994, receiving 63 billion kronor ($8.4 billion in today’s money) in state support.