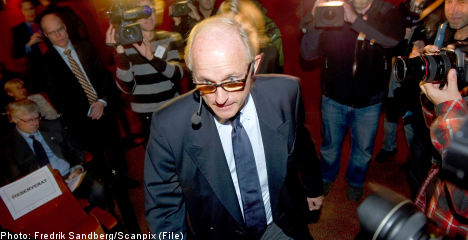 During an emotionally charged extraordinary general meeting, Qviberg confessed that the bank’s former director of trading, Fredrik Crafoord, who has since been reported to police, updated him on the bank’s activities.

During a question and answer session at the meeting, Qviberg and acting CEO Stefan Dahlbo were bombarded with questions on how much control they had over the bank’s trading activities.

Qviberg admitted that he received regular information from Crafoord.

“Every evening, Fredrik Crafoord sent information to me about how the day ended,” Qviberg said.

He added that he was later under the impression that the information was irrelevant.

“I assumed that the trading, risk operations, and auditors took care of this,” he said.

Lawyer Anders Malm’s inspection report on HQ’s collapse has not pacified shareholders, who brought up the issue at the meeting and called for the appointment of a special auditor.

“We want to have a special auditor who does not represent the board and who is not arranged by the company for the clients. One would not be able to dismiss or influence this person in the same way,” said shareholder association president Günther Mårder.

The association and a number of shareholders want to hold an additional extraordinary general meeting to address the issue of appointing a special auditor.

“Above all else, it would mostly deal with investigating the board’s responsibility,” Mårder told news agency TT during a break in the ongoing meeting.

According to Mårder, “several medium-sized shareholders” back the request, which must be addressed by the end of the meeting.

An obviously emotional Qviberg opened the meeting at 10am. He began with a profuse apology to shareholders who lost a lot of money.

“I am terribly sorry,” said Qviberg.

“In all companies, the board is obviously responsible. However, a board does not have the opportunity to bury itself in the daily work,” said Dahlbo, who was the chairman of HQ Bank, which is now owned by Carnegie.

Mårder added that one “should not put too much weight” in Malm’s report, which was commissioned by HQ’s board. It pointed out several people who failed in their obligations, but the parent company’s board of directors were not blamed.

HQ is the former parent company of HQ Bank, which lost its license a month ago and was subsequently taken over by Carnegie. The Financial Supervisory Authority (Finansinspektionen) revoked HQ Bank’s licence on August 28th, claiming that risky securities deals carried out by the bank’s trading department threatened its survival.

On August 30th, the bank was put into involuntary liquidation and was purchased by Carnegie on September 3rd, the same day the Swedish Economic Crime Authority (Ekobrottsmyndigheten) launched an investigation into suspected fraud and accounting crimes.

HQ notified the police about Crafoord earlier this month and filed a complaint about accounting firm KPMG’s services. In response, Crafoord has stated that he is the victim of a smear campaign and considers the police notification baseless. 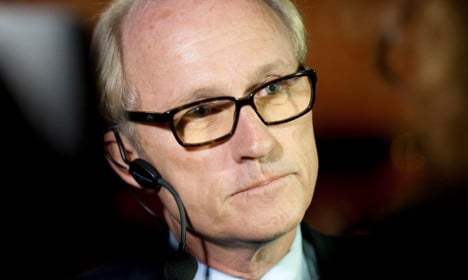 HQ
Billionaire Swedish banker in the clear after six years 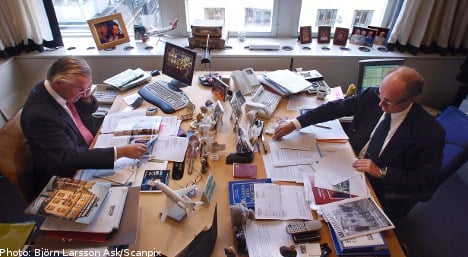 “It took 30 seconds. We met on August 31st and after five minutes, we were basically agreed on what we wanted to do. We have been working with this deal since then,” Mats Qviberg said to the TT news agency.

According to the proposal Qviberg will assemble his holdings in a new Öresund with Fabege, Bilia and Skistar among the large posts.

Hagströmer will meanwhile shift his holdings into a new company, Newco, which will initially be listed on the Stockholm stock exchange’s First North index.

In a statement on Wednesday Öresund explain that the developments at subsidiary HQ worked as a “catalyst” for then Hagströmer and Qviberg decided on the split.

HQ Bank, which managed around 60 billion kronor ($9.4 billion) from some 20,000 depositors, was taken over by its competitor Carnegie for 268 million kronor in September 2010 after authorities revoked its licences and forced it into liquidation.

The bank’s former parent company HQ AB, which is the only independent part of the company remaining, announced in February it planned to propose “that compensation to the company be demanded from former board members, the chief executive and the accountant (KPMG)”.

The Swedish anti-fraud authorities are furthermore pursuing an investigation into the collapse of HQ Bank.

When asked by TT whether they remained good friends, Qviberg replied:

“Very, we are sitting here opposite one another, we live as neighbours in the mountains, and have a nice time together.”

But Sven Hagströmer told the business daily Dagens Industri in an interview that the pair would no longer be sharing an office.

The pair emphasised that the decision was taken together and that the alternative of closing the firm had been discussed, and dismissed after the tax consequences were taken into account.

The stock market received the news of the company division positively and Öresund shares climbed 5 percent during the early trading on Wednesday. 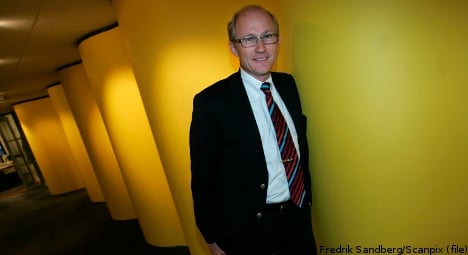