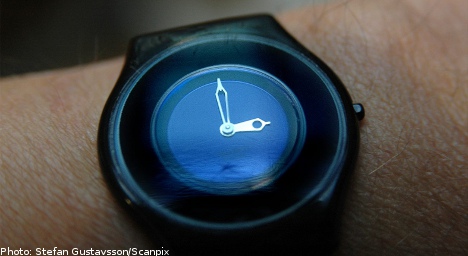 An extra hour is won as the clocks are turned back to adjust for the winter ahead, with Sweden falling into line with the rest of the European Union in making the change.

Winter time has been known as “normal time” since around 1870, with the autumn darkness cutting the days shorter in the afternoon up the run up to Christmas.

Early birds will however enjoy the extra light on their way to work on Monday, with a day’s grace on Sunday to allow the body to adapt to the change.

Despite meteorological appearances to the contrary, summer time in fact stretches for seven months of the year. Come December 22nd the dark tide turns and days start to lengthen again as we head through the new year and on into spring.

The official change occurs at 1am on Sunday, which will thus become 12am.