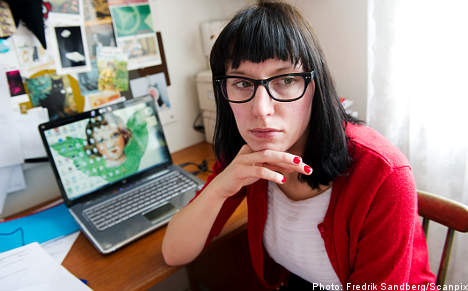 The decision by the Swedish Social Insurance Agency (Försäkringskassan) will be applied retroactively from August, according to Sveriges Radio’s Ekot news bulletin on Monday. The agency made the decision following a review of her case.

Holmquist’s case came to light just days before the September 19th election when her daughter Emelie Holmquist wrote a post on her Klamydiabrevet (Chlamydia Letter) blog about her mother’s troubles with the agency.

Annica Holmquist suffers from acromegaly, a syndrome brought on by an excess of growth hormones. The former dental hygienist was forced to stop working after body parts such as her facial features, fingers and feet started growing again, leaving her in intense pain.

Emilie Holmquist revealed that that her mother is relieved at the news. Annica Holmquist’s legal representative, Pia Engström Lindgren, has confirmed that her client has been granted sick pay.

“The uncertainty about how she would support herself must have been incredibly stressful. Now the sick leave has been granted from August onwards,” said Engström Lindgren.

A letter from Borgström & Bodstrom Lawyer’s Office, along with a new medical certificate led to the agency revising its earlier decision, according to Engström Lindgren.

“The medical certificate speaks clearly about the reduction in work capacity,” she said.