The man, who lives in Värmland, has also requested that his identity be protected, local newspaper Nya Wermlands-Tidningen reported on Wednesday.

The poet received the death threat after a poem he wrote about women’s rights was published in the Kurdish part of Iraq.

A mullah criticised the poem at a Friday prayer in Iraq and prayed to Allah for revenge through the death of the poet, according to a video on YouTube. The threats was made by telephone.

Police in Värmland have remained silent regarding the threatened Kurdish poet.

“An investigation is under way at this point. However, I do not know whether a preliminary investigation has begun,” Tommy Lindh, press officer at the Värmland police, told news agency TT on Wednesday.

He refused to comment on what types of crimes the investigation involves or whether the man has some sort of police protection.

The police are working on a complaint that was made just before the new year.

“We can only communicate how our operations generally work in a case like this, nothing about the specific case,” said Lindh.

The Swedish chapter of PEN, the worldwide association of writers, is concerned by a recent wave of threats against writers and intellectuals around the world.

“There is a lot going on like this – in China, Belarus, Russia, Turkey and so on. In the US, journalists at major news outlets have said that it would be good if someone took the life of Julian Assange,” Swedish PEN club Chairman Ola Larsmo told TT.

“Suddenly, it is okay to express a threat against people in different contexts. There is a risk that we may have to get used to such a climate,” he added.

Larsmo does not know the threatened Kurdish poet in Värmland.

“However, we are in contact with dozens of writers who live in exile in Sweden under death threats and the organization Reporters Without Borders has contact with just as many journalists,” he added.

Larsmo does not know if any of the threatened writers in Sweden have police protection.

“And maybe I do not want to know either,” he added. 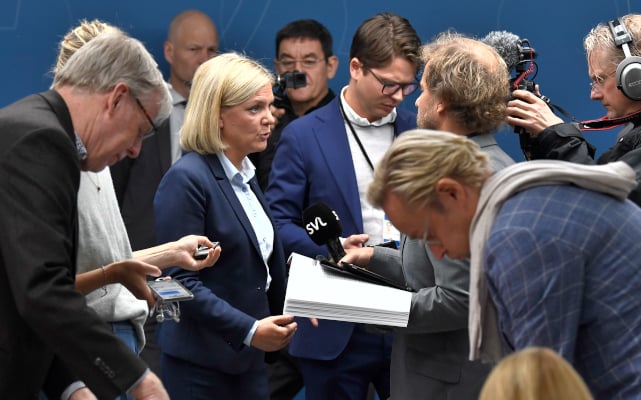