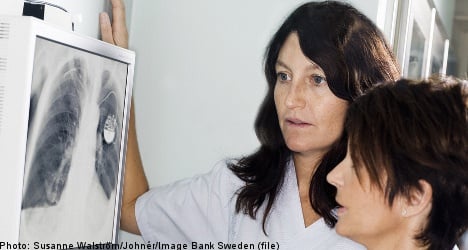 According to the study, therapy can prevent relapses as effectively as medication.

Using cognitive behavioral therapy, 362 men and women with heart disease who were treated at Uppsala University Hospital learned how to alter stress-inducing thought patterns and behaviours.

The study, published in the medical journal Archives of Internal Medicine, showed that the ability to handle stress over time can greatly reduce the risk of new heart attacks, newspaper Upsala Nya Tidning wrote on Tuesday.

“A very gratifying result. Psychological treatment appears to be able to prevent relapse at least as effectively as many of today’s established pharmacological treatments,” researcher Mats Gulliksson told the newspaper on Tuesday.

The psychological treatment lasted for a year, but the effects were long-lasting.

Patients were followed for an average of nine years after they were first treated at the hospital. During this time, there were considerably fewer who fell ill again within the group that received behaviour therapy than those who received usual care.

All patients received the usual care, including medications to lower blood pressure and prevent blood clots.