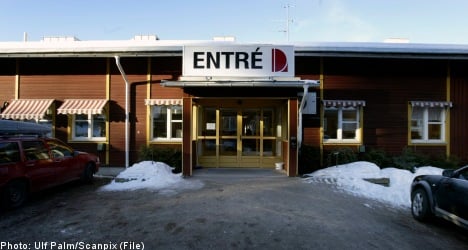 Police have launched an investigation into the incident in Sälen on suspicions of manslaughter.

The girl was seriously injured and taken to Mora Hospital 90 kilometres east, where she died of her wounds on Monday afternoon.

According to a statement from the Dalarna county council, the accident occurred when the girl was crushed while playing on a so-called hydraulic treatment bed and died from the injuries she suffered.

She was not a patient, but was at the health care clinic with a close relative, according to the county council.

“This is a horrible incident and my thoughts obviously go to the girl’s relatives in the first place. Now we are doing everything we can to support families and staff at the health centre,” Karin Stikå-Mjöberg of the county council said in a statement.

The girl was at the health centre with her older sister, according to Dalarna police. For “unknown reasons,” she was crushed on a bed that is regulated by an electric motor, Dalarna police wrote in a statement.

When the girl was found, she was unconscious, but showed signs of life and was taken by ambulance to the Mora hospital. She later died of the injuries she sustained.

A technical investigation will be conducted on Tuesday.