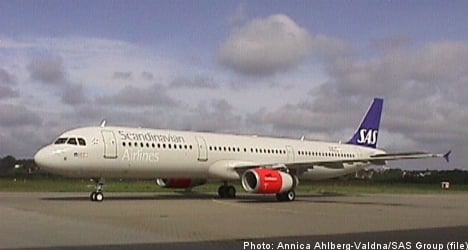 “Assuming continued recovery in the home market… and that no unexpected events occur, favorable conditions are in place for the SAS Group to achieve positive income before tax for the full-year 2011”, the company said in a statement.

SAS posted a fourth quarter pre-tax loss of 464 million kronor ($72 million), in comparison to a loss of 1.52 billion in the corresponding period of 2009. The airline put the disappointing figures down to non-recurring items and the impact of the Icelandic ash cloud.

Analysts had forecast an average loss of 174 million kronor for the period, according to a Reuters survey.

Adjusted for various forms of non-recurring items and the impact of the Icelandic ash, SAS full-year earnings was a positive 265 million kronor.

“By putting these non-recurring items behind us, we can now devote our energy to looking forward and to focusing on core business,” the firm wrote.

Results for the first quarter, normally the firm’s weakest period, are expected to be negative, but better than in the corresponding period of 2010.

The company underlined that cash flow from operating activities has improved considerably, which is seen as confirmation that the Action Core SAS austerity programme has created “a good starting point for the future”.

Core SAS will be completed in 2011 and the programme is expected to provide an additional, positive effect on earnings of 1.5 billion kronor for the year with restructuring costs expected to be 400-600 million kronor.

SAS expected the market to expand overall at around 4-6 percent in 2011, and the company plans to expand capacity in line with the market.

The company warned however that the development of the market remains uncertain in terms of both yield (revenue per passenger-km) and jet fuel prices.