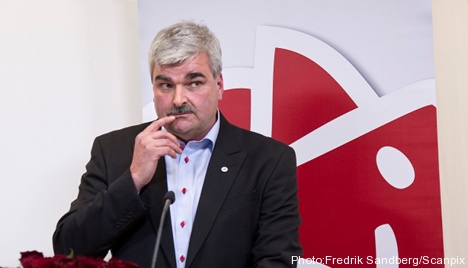 According to the latest figures from market research company Sifo, commissioned by broadsheet Svenska Dagbladet, the decision to appoint Juholt head has had a very small impact on public opinion.

“If there was a ‘Juholt-effect’ it has fizzled out. But then there is very little in the press about it this week, the focus is now on what is happening in Japan,” Toivo Sjörén, head of opinion polls at Sifo told Svd.

In March, after the decision was made public, the Social Democrats got 30.5 percent in the polls, compared to 30.2 in February.

Håkan Juholt has promised to shave off his moustache if the Social Democrats win the election in 2014, according to news agency TT.

But Swedish betting company Betsson are putting their money on the moustache being history before midsummer.

The odds given for Juholt keeping his whiskers are set at a record low 3/1.

“The German 80’s look just won’t hack it if you are trying to lead one of Sweden’s largest parties,” they say on their website.