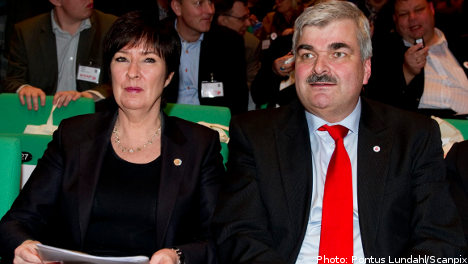 Juhol was appointed as party leader last Friday and the new Synovate poll indicates that it will take some time before the relatively unknown politician has any impact on the electorate.

More pleasing for the embattled Social Democrats will be that less people declared ‘no confidence’ in the 48-year-old than for Mona Sahlin towards the end of her tenure as party leader.

Some 30 percent of Swedes said that they had no opinion on Juholt because they know too little about him, according to the Synovate poll published in the Dagens Nyheter daily on Friday.

The figures are however a far cry from those enjoyed by prime minister Fredrik Reinfeldt, with as many as 60 percent of Swedes expressing high or very high confidence in the Moderate Party leader.

Reinfeldt is enjoying the highest confidence figures since he took over from Bo Lundgren as leader of the Moderates back in 2003.

Nick Källebring at Synovate argued that one of the reasons behind Reinfeldt’s popularity is that he has been somewhat alone at the top. Furthermore support for leaders usually strengthens when there is turbulence in the world.

Both of the Green Party’s outgoing spokespersons recorded high ratings. Some 50 percent expressed high or very high confidence in Maria Wetterstrand and 30 percent did so for Peter Eriksson.

The poll indicated marginal changes in support for the other party leaders.

Sweden Democrat leader Jimmie Åkesson brought up the rear in the poll, commanding the confidence of just 7 percent of Swedes.