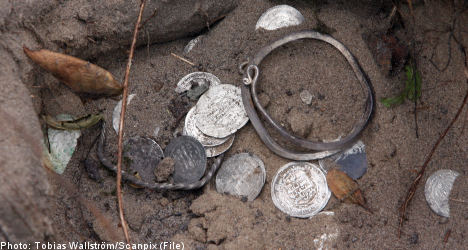 The court will reconvene on six occasions and it is the first time in Sweden that anyone is charged with aggravated crime against relics.

“That’s why this trial is important for the whole of Sweden”, said Majvor Östergren, archaeological administrator of Gotland’s county administrative board, to local paper Gotlandstidningen.

In November last year the police recovered a silver treasure dating back to the 11th century stolen from a field in Gandarve, Alva on Gotland in 2009.

The County Administrative Board (Länsstyrelsen) had discovered the unauthorized dig comprising 250 pits in a field in October 2009.

“That’s when we realized that this was a completed crime against relics. And in this case you really must say that lady luck was with us,” the prosecutor said at the opening of trial.

Since traces of looters are usually rained or cleared away, it is often very difficult to both detect and solve these kinds of crimes.

The suspects were linked to the crime scene by the remarkable discovery of the broken crucifix.

The trail led Police back to a well-known coin dealer in Stockholm.

During a raid on his property on Gotland, investigators came across muddy clothes, metal detectors, shovels, backpacks and a car especially equipped with night vision.

Wednesday’s trial is important because it is the first time since the laws on relics were made more strict in the 1990’s that one of these cases have been brought to trial.

“We have seen many investigations over the past few years that have had to be dropped due to lack of evidence,“ said local police officer Mikael Åslund to daily Dagens Nyheter (DN)

In 2009 there were 18 reports of unauthorized digging on Gotland, three of which are part of the prosecution’s evidence in the ongoing trial against the five men.

But since the police apprehended the looters in November 2009, there have been no more reports.

“It is our feeling that looters have gone under ground, “ Östergren told DN.

Landowners in Sweden that discover ancient artefacts are awarded a finders fee in reward for turning them in to authorities. According to Östergren this is very important.

“Scientists from all over the world come to Gotland to study our findings, “ Östergren told DN.

The defendants have denied the charges. 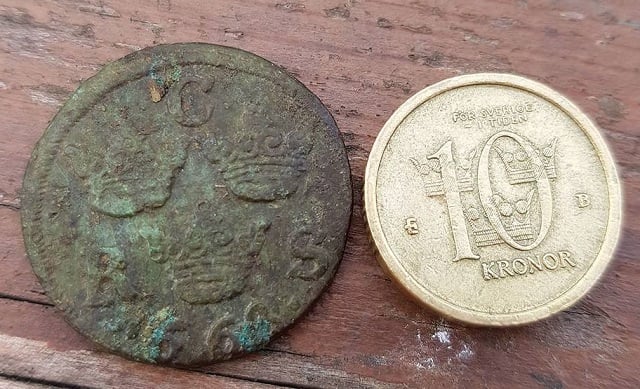