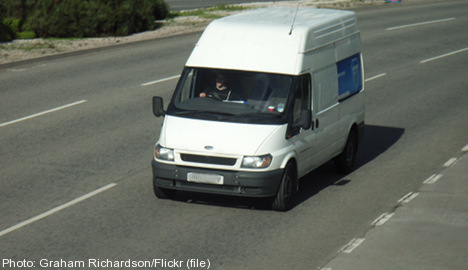 However, at the cemetery administration (Kyrkogårdsförvaltningen) in Örebro, they don’t see why this should constitute a problem.

“We have a duty to perform and that is to transport the deceased to the crematorium. We have to get them there some way or other,” cemetery manager Torleif Örn told The Local.

The transport issues have arisen as the crematorium in Eskilstuna in eastern Sweden is being rebuilt.

The deceased now have to be taken to nearby Örebro for cremation.

And in order to be able to transport them, the Administration has resorted to hiring vans that can transport several coffins at the same time.

According to Eskilstuna-kuriren, the administration can’t afford a car of their own without increasing the burial charges and there are not enough undertakers’ hearses to go round.

“But this isn’t something we have gone public with, to spare the relatives the information,“ head of the cemetery administration Theres Asp told the paper.

However, Asp can’t see why the transport of the coffins to the crematorium by hired van would be shocking to the bereaved.

“I can’t see anything undignified with that. There are no rules stating what a vehicle for transporting the deceased should look like,” Asp said.

She added that it is a judgement call and that the coffins are driven in ‘neat and tidy’ vehicles solely used for this purpose and not transported along with any other goods.

And according to Torleif Örn these transports have never before been seen as a problem. No bereaved has ever chosen to approach them on the matter.

“We have had no complaints at all,” Örn told The Local. 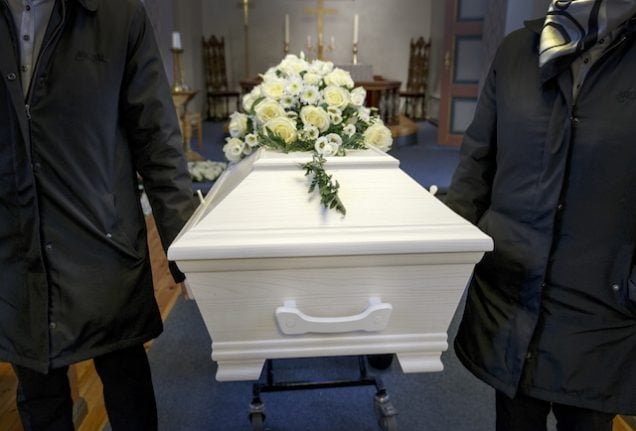 DEATH
More Swedes die alone – and with no money
Url copied to clipboard!