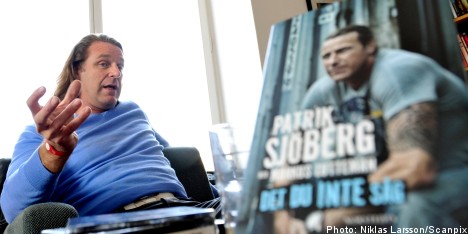 According to reports on Sveriges Radio (SR), a parent came to coach Per Crona in 2007 and told him that his son had been sexually abused by Nousiainen.

Nousiainen was named in a recent autobiography by Swedish Olympic high jumper Patrik Sjöberg in which the sporting legend detailed how his former coach and stepfather repeated abused him sexually.

“It sounded very strange to me,” Crona told SR.

Crona in turn reported the allegations to Yannick Tregaro, not realising that Tregaro, who took over as coach after Nousiainen’s sudden death in 1999, had also been abused by Nousiainen.

Tregaro replied a few days later that “the matter had been taken care of” and the subject was dropped.

Despite the serious nature of the allegations, Crona still insists that he did what was right at the time, reiterating that he would not have acted any differently had the same thing happened today.

Meanwhile Tregaro has so far refused to comment officially, although he said in an email that he has put behind him the issue, which, according to Crona has hit the club “like a bombshell.”

Crona, who as a trainer at the club was interviewed extensively in the media in the wake following the April release of Sjöberg’s tell-all book, said he was extremely shocked when the book came out, even though he had heard similar accusations agianst the trianer in the past.

“It’s not a big problem for me now. Had Viljo been alive it would be different though. l would have acted differently,” Crona told SR.

Meanwhile chairwoman of Örgryte IS Camilla Kallin, has also refused to comment.

She did however offer her support to Crona, explaining that she fully understood his actions, even though she thinks he should have taken the previous issue further at the time.

In the light of the sex abuse claims, Örgryte IS is said to be working on policies to avoid similar situations occurring again in future.