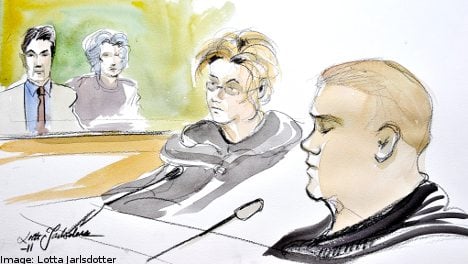 In April, Niklas Eliasson, known in the press as the “Örebro rapist”, was found guilty by the Örebro District Court of 14 of the 18 assaults on women for which he had been charged.

After going through a psychiatric examination he had been found not to suffer from any serious psychiatric disorder and could therefore be sent to prison according to Swedish sentencing guidelines.

In addition to the prison sentence, Eliasson was ordered to pay 732,000 kronor ($115,000) to the victims, as well as 50,000 kronor to the Swedish crime victims’ fund (Brottsoffermyndigheten).

All of the offences were committed in Örebro in eastern Sweden between 2005-2010. Eliasson admitted to all the crimes, but has found it hard to explain why he committed them.

He also told police that he started “stalking” people when he was only 13-years-old, explaining that his behaviour was a way to pass the time and that it began after his parents got divorced.

Eliasson also said that he had trouble fitting in school and, unable to find friends, he instead spent most of his free time on his computer and exploring cyberspace. 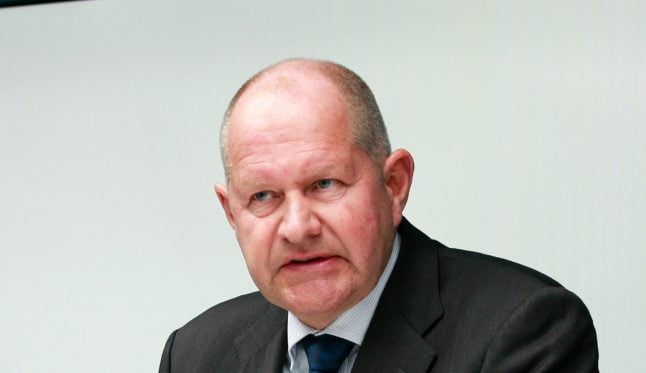 Civil Contingencies Agency head Dan Eliasson has argued that the trip was necessary. Photo: Marianne Løvland/TT
The Civil Contingencies Agency (MSB) said in a press release on Wednesday afternoon that its director, Dan Eliasson, had decided to step down following a meeting with Mikael Damberg, Sweden's interior minister.
“Eliasson has discussed the possibility of continuing his work as general director. He sees it as difficult given the current  [public] response, and feels in addition that this response also makes it difficult for MSB to carry out its important mission,” the agency wrote.
Damberg, the release added, “shares this judgement”.
READ ALSO: Why a Swedish official's trip to the Canary Islands has caused such an outcry
The leader of Sweden's centre-Right opposition Moderate Party, Ulf Kristersson, who had called for Eliasson to step down on Tuesday, said the decision was “necessary”.
“The person leading Sweden's crisis preparedness operations cannot preach to others that they should abstain from more or less everything and then themselves travel overseas on holiday,” he said.
Annie Lööf, leader of the Centre Party, which supports the ruling Social Democrat coalition, said that it was “the only reasonable decision”.
“The head of the agency responsible for national crisis preparedness must act as a good example and follow the current recommendation,” she said on Twitter.

In an interview with the Expressen newspaper on Saturday, Eliasson defended his trip, saying he believed it had been necessary for him to meet his daughter over Christmas.
“I have avoided an enormous number of journeys during this pandemic, but I felt that this one was necessary,” he said. “I have a daughter who is here and who works here, and I celebrated Christmas together with her and my family.”
In the press release, Eliasson stopped short of admitting that he had done anything wrong.
“The important this is not me as a person, the important thing is how we as a society handle the pandemic and that all of our focus is on this important task,” he said.
“The reason for the decision I have taken is to make sure that MSB as an agency is able to have the best conditions to carry out its important mission.”
According to the Dagens Nyheter newspaper, Eliasson had not informed Damberg of his planned trip.
According to the TT newswire, Eliasson has declined further interviews.
SHOW COMMENTS