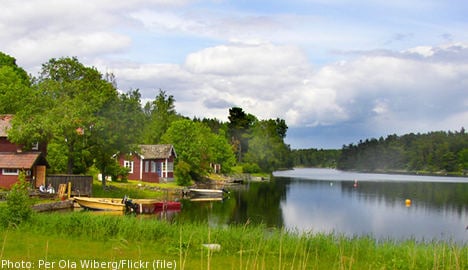 “Sweden is not competing with the large holiday destinations but we are creating a niche as a modern country with a strong connection to nature and tradition,” said Thomas Brühl, CEO of VisitSweden, in a statement.

When VisitSweden mapped out the recent travel habits of 18,000 internet-savvy and well-travelled holidaymakers, Sweden comes in ninth on the list of the favourite holiday destinations in the world.

According to Brühl, the exotic nature experiences in combination with a modern lifestyle that is piquing people’s interest.

Though Denmark is almost as popular as Sweden, making up place eleven, Sweden far outstripped other Nordic destinations.

Although countries like Spain and France are still top of the list, the survey shows that Sweden has recently been a more popular spot for tourists than Ireland and Portugal.

The report is based on an internet survey carried out on holidaymakers from Norway, Denmark, Finland, Russia, Germany, Netherlands, UK, France, Spain and Italy.

While the tourist hordes may be arriving on Swedish shores, fresh figures show that 81 percent of Swedes themselves prefer to spend their holidays in a rented country cottage, preferably on the west coast of Sweden.

“The dream of your own red cottage is deeply rooted in the Swedish spirit,” said Lars Isacson, CEO of Sveriges Camping Riksorganisation (SCR), Sweden’s trade and marketing organization for camping and cottage entrepreneurs.

Top of the list for Swedes of cottage must-haves was comfortable beds, which received 30 percent of the votes. Only one percent saw a functioning TV set as the highest priority.

And when it comes to stocking the fridge, 52 percent of Swedes agreed that meat for the barbecue is their highest priority.

PARTNER CONTENT
Winter escapes: treat yourself with a trip to the ‘Venice of the north’

PARTNER CONTENT
Winter getaways: the stunning Swedish region with something for everyone