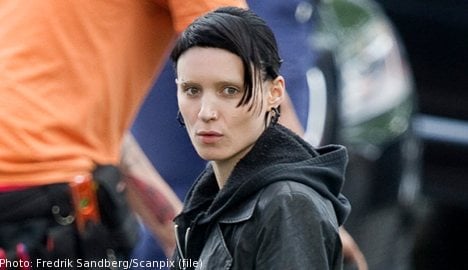 “There is a strong interest in Scandinavian literature abroad and crime fiction is what is hottest at the moment both when it comes to books and to films,” said literature researcher and scholarship winner Sara Kärrholm from Lund, in southern Sweden, to The Local.

A post doctoral scholarship in the memory of Swedish diplomat Nils-Gustav Hildeman, awarded annually by the Swedish Fulbright Commission, was this year given to a HSwedish scholar in the field of crime fiction.

Since finishing her PhD in 2000, Sara Kärrholm has specialised in male and female aspects of crime fiction.

According to Kärrholm, Swedish crime fiction as a genre became big in Sweden in the 1950’s with authors like Stieg Trenter and Maria Lang at the forefront.

But the biggest international break through came with husband and wife team Sjöwall-Wahlöö who in the 1960’s and 70’s wrote the internationally acclaimed Beck series.

In more recent years authors like Henning Mankell has also received international acclaim, and putting Sweden back on the map when it comes to crime fiction.

“But it really kicked off with Stieg Larsson in the sense that Hollywood have chosen to make films out of his books, And that has also given the older Sjöwall-Wahlöö books a new run,” Kärrholm said.

Kärrholm will stay as a guest lecturer at Harvard for four months, where she will be lecturing and conducting seminars on Scandinavian crime novels and Scandinavian culture.

Two lectures will most likely be dedicated to Stieg Larsson.

“My plan, if it is approved, is to finish off the lecture series with a session on feminism within the genre focussing especially on Lisbeth Salander, as she is a strong feminist heroine,” said Kärrholm to The Local.