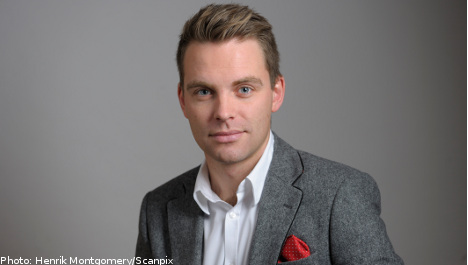 “I have decided to make myself available to the members in the Left Party when discussions are taking place around the country, considering who should lead the party after the congress in January,” Linde said to Sveriges Radio.

Hans Linde joins Jonas Sjöstedt and Ulla Andersson who have already announced their candidacy in the battle for the leadership. Current party leader Lars Ohly has also announced that he intends to carry on in the post.

32-year-old Linde is confident of his chances.

“I wouldn’t have decided to stand if I didn’t think that I had a good chance,” he said.

Linde explained that he feels a push for change within the party and as the youngest candidate he feels he is a favourable position.

The Left Party is the last of the Red-Green opposition parties to enter a leadership process following their defeat at the 2010 general election.

The first party to tackle the issue was the Social Democrats after Mona Sahlin resigned her post in November. The party appointed Håkan Juholt as its new leader at its party congress in March.

The Green Party also changed its spokespeople in May when Gustav Fridolin and Åsa Romsen were elected to succeed Peter Eriksson and Maria Wetterstrand who had reached the end of their terms.