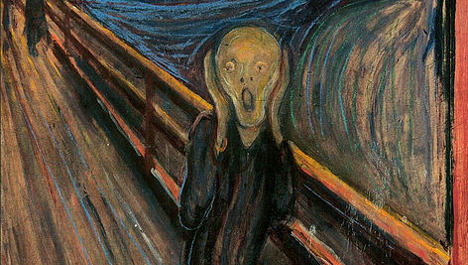 Neighbours of the man, who is resident in the Rosengård area of Malmö, had long suffered due to his tendency to watch television at high volumes.

But it was his screaming orgasms as he pleasured himself that really rubbed his neighbours up the wrong way, according to the local Sydsvenskan daily.

Five tenants living in the same building as the man have now filed a report with the Malmö environmental administration (Miljöförvaltningen) asking for action to be taken against their noisy neighbourly onanist.

In their report to the administration the neighbours are reported to have described how the man “masturbates and screams”.

One of the neighbours reported furthermore how the man is prone to indulging his urges at any hour of the day and night, with the ensuing racket breaching the peace of the residential area with little forewarning.

“He moans louder than an animal… I can feel how it affects my state of mind,” the neighbour wrote in the report.

The neighbours decided to take the matter into their own hands and file a report as they felt their landlord had displayed a reluctance to intervene in the messy domestic dispute.