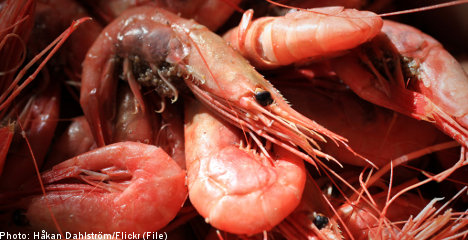 The vessel was carrying 70 passengers at the time when it crashed at full speed onto the island of Ridön near Västerås, according to the local Västmanlands tidning (VLT).

“We are very grateful that no one was hurt,” said Janne Ekblad, one of the owners of Arboga rederi AB, told the newspaper.

The passengers were evacuated from the stranded ship and according to VLT, many were in shock and and several were reported to be in tears.

There were however no injuries reported from the incident.

Janne Ekblad told the newspaper that the guests were never in danger, continued to feast on their shrimp dinner and a replacement vessel was dispatched to pick them up.

The captain of the Tor was on Sunday suspected of being drunk at sea after he failed two breath tests.

Being drunk at sea (sjöfylleri) is a crime under the Maritime Act (1994) and is punishable with up to two years imprisonment.