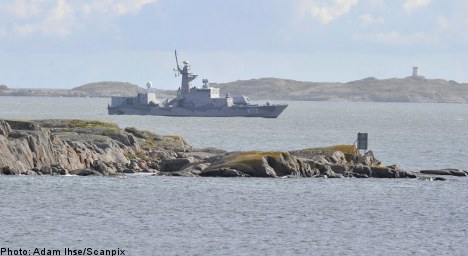 Suspected “foreign intelligence activities” are being investigated in the waters west of Gothenburg harbour, the Swedish Armed Forces said in a statement.

A number of ships have been sent to the area to investigate a reported sighting that came from a “credible source”, according to the military.

“We’re now analysing the report. Among other things, we have a number of ships in the area which are involved in the analysis work. The area is also heavily trafficked and therefore it’s important that we also go out with information about what we are doing,” naval inspector Jan Thörnqvist said in a statement.

“At this stage, we don’t want to make any comment whatsoever about what was observed,” Törnqvist told the TT news agency.

“We’re using all the resources we feel are appropriate and which are available.”

He added that he sees no reason to speculate about the basis of the observation but rather to wait until the Navy has completed its analysis.