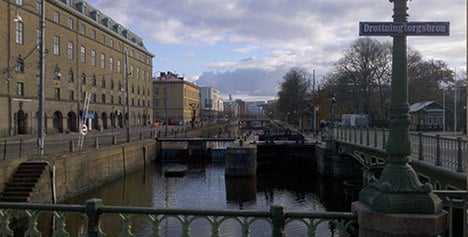 With its thousands of lakes, stunning archipelagos and ancient history, Sweden has deservedly become a major European holiday destination. But with such a wealth of attractions, figuring out the must-dos can be tricky.

So if you’re thinking about coming to Sweden, here are some recommendations for your trip from Hostelworld:

… when in the North

Right beside the River Kalix you can ride a snowmobile and explore one of Europe’s last wilderness regions. You will be able to see Swedish wild animals such as reindeer and elk – and also get the opportunity to eat in a traditional Sami tent. This safari enables you to see plenty of Sweden’s pristine nature in the space of just one day.

… when in the West

Läckö Castle is located on Lake Vänern in the south-west of Sweden. Its foundations were laid in 1298 by Brynolf Algotsson, but a fire in 1470 completely destroyed it, but a new castle was built up afterwards. In 1615 the castle was passed on to leading statesman Magnus Gabriel De la Gardie who engaged many artists and architects from all over the world to turn the castle into a work of art.

… when in the South

Sweden’s second largest population centre, Gothenburg is a young city in the south of the country. There are two big universities here – the University of Gothenburg and Chalmers University of Technology – which results in a vibrant social life. But it is also popular for its amazing architecture. The houses were mainly built in a romantic or classical style along canals and the many churches add another dimension

… when in the East

Stockholm’s Royal Palace is one of the largest royal residences in Europe. It is open to the public and visitors can see many rooms preserved from the eighteenth and nineteenth century. The palace also includes five museums, such as the Gustav III’s Museum of Antiquities and the Tre Kronor Museum which offer you a fascinating insight to the history of Sweden’s monarchy.