Although more boys than girls are born, a combination of wars, hard work and unhealthy lifestyles have caused men to die younger.

As men and women’s living conditions grow more similar, the difference in life expectancy has shrunk. This combined with a greater number of male immigrants is boosting male numbers in Sweden, reports regional newspaper Sydsvenskan.

In the year 2020, Sweden’s population is expected to consist of 38,200 more men than women, according to Sydsvenskan.

The male dominance is increasing for several reasons. More boys than girls are born today – 106 boys for every 100 girls.

Also, men’s life expectancy is increasing more than women’s. Thirty years ago, women lived 6.4 years longer than men. Today that figure is 4.7, and in another thirty years it’s expected to have shrunk to just 2 years.

The coming surplus can also be attributed to the refugees from former Yugoslavia, Africa and the Middle East, the majority of whom are male.

In several Swedish municipalities, particularly in rural areas, a male surplus already exists. However, in larger cities such as Stockholm, Gothenburg and Malmö women continue to be in the majority. 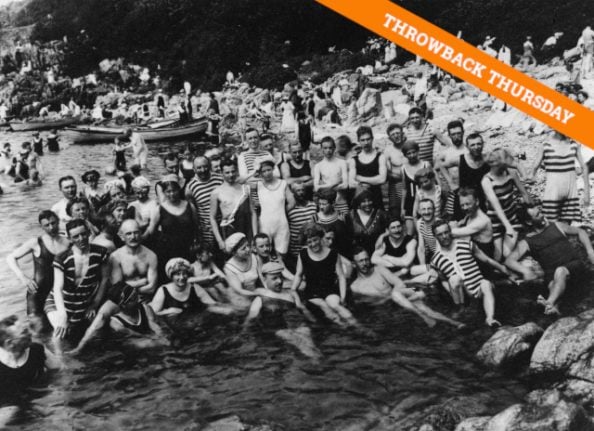 In the early 1900s, Europeans who wanted to defy social conventions while on holiday didn't go to Ibiza, they went to Mölle. In this small seaside village on the Kullen Peninsula in Skåne, about 37 kilometres from Helsingborg, they could do something considered quite shocking: swim openly with members of the opposite sex.

At the time, throughout much of Europe, “mixed bathing” was considered by many to be indecent and immoral. Even in the modest swimsuits of the time – which typically covered a great deal of skin and frequently resembled regular clothing – bathers were considered to be practically naked. The temptations this presented would ostensibly be too much to constrain behaviours perceived as licentious and lewd, and, it was feared by some, would lead to moral and social collapse.

As a result, public beaches were usually segregated, with women and men swimming in different areas or at different times. What little mixing of men and women existed was usually limited to “family bathing”, where wives could swim alongside husbands, and children could swim with their parents. Though this was obviously intended to be quite wholesome, it still generally took place apart from the other designated swimming areas.

READ MORE: See a new side of Swedish history in The Local's Throwback Thursday series

What Ransvik, the rocky stretch of beach near Mölle, offered was a chance to break loose from all these conventions. There, men, women and children were free to swim and sunbathe when, with whom, and in what they chose. Those who did – as well as those who looked on – would have experienced displays of bare skin, physical contact with strangers, and other behaviours that scandalized traditionalists. But, as Professor Henrik Ranby of the University of Gothenburg explained in a 2016 journal article in RIG, many others considered it a paradise.

One notable individual who may have held the latter view was Emperor Wilhelm II of Germany, who visited the beach in 1907. This royal seal of approval helped make the site a popular destination for Germans, as did the extension of train service directly to Mölle in 1910. According to a 1922 travel guidebook cited by Professor Ranby, in the years before the First World War, Mölle was Sweden's largest bathing and recreation area, with between 2000 and 2500 beachgoers on weekdays and twice as many on Sundays.

“Mölle grew fast, the taxes went up, many new shops were opened and the rate of childbirths rose during this period of optimism”, wrote Danish historian Karen Klitgaard Povlsen in the 2010 book Re-Investing Authenticity: Tourism, Place and Emotions. “Those were the years in which Kullen acquired the name ‘the Swedish Riviera'…”.

Though visitors to the beach at Ransvik were able to push social and cultural boundaries, they were still subject to a few restrictions. One of these was a ban on private photography, which was ostensibly intended as a nod to public decorum and/or a defence against exploitation.

Whatever the exact reason, it became a lucrative opportunity for Swedish photographer Peter P. Lundh, who secured exclusive rights to take photographs at the beach. Between 1907 and 1914, he produced many pictures, which were sold to the beachgoers as souvenir postcards or published in area guidebooks and Lundh's tourist magazine.

The photograph featured here, which represents everything that horrified traditionalists and was enjoyed by modernists, was possibly one of Lundh's as it closely resembles those he took, some of which have been preserved in the Höganäs Museum. 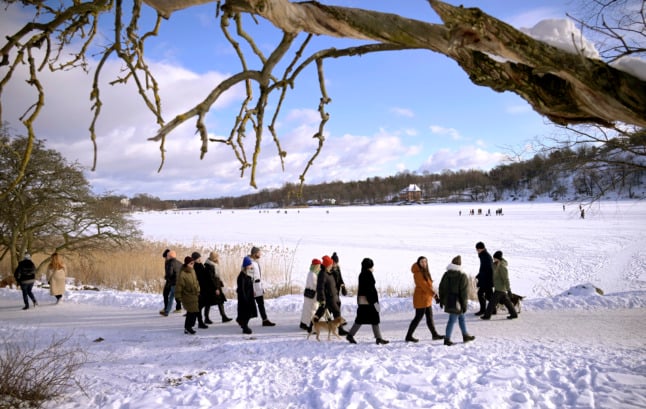