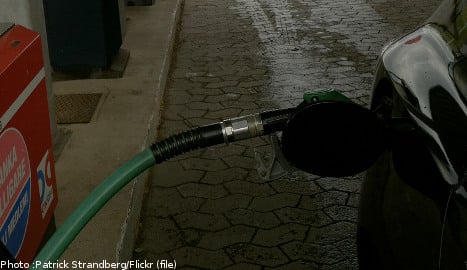 ”I am very happy over the verdict. Above all I am grateful that someone was on my side for the first time. As far as I am concerned it has never been about getting compensation but getting satisfaction,” the woman said in a statement.

The incident occurred in October 2009 when the woman arrived at the station in Örebro in eastern Sweden to fill up her car.

When she got out of her vehicle an employee of the station came running out telling her that she had to pay in advance as the station had previously ”had problems with the Roma”.

The case was initially brought up in Örebro district court, which ruled in favour of the petrol station.

However, the verdict was overturned by an appeals court, which ruled on Wednesday that by deviating from the normal procedure of payment after filling up the car with petrol, the station was guilty of discriminating the woman.

According to the Örebro Centre for Equal Rights (Örebro Rättighetscenter), discrimination is still widespread in places where goods and services are being traded, and the centre has received several reports of similar discrimination over the past few years.

”Hopefully this verdict might influence how petrol stations across the country are treating their customers. Any businessman who lets their prejudices govern their actions won’t benefit in the long run. Instead they are risking losing both money and reputation,” said the woman’s lawyer Vida Paridad in a statement.