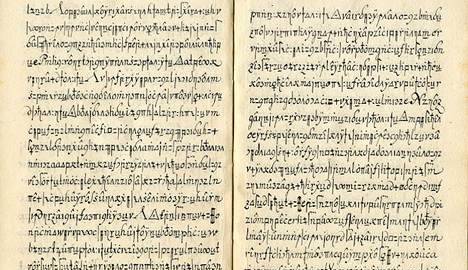 “The deciphered manuscript has forced us to question many old authorities on Freemasonry,” historian and Freemason-expert Andreas Önnerfors from Lund University told The Local.

The manuscript is known as “The Copiale Cipher” and is a 105-page long text which scientists have been trying to crack since its discovery at the East Berlin Academy at the end of the Cold War.

Apart from the the mark of the previous owner (Philipp 1866) and a scribbled note on the last page (Copiales3) the manuscript was completely in code.

The text included 90 different letters, with everything from Latin and Greek letters to diacritic signs and mystic symbols, called logograms.

“It felt a little like a Dan Brown novel,” one of the two linguists, Beata Megyesi, told the Swedish daily Aftonbladet.

The computer programme used for the decryption was created by Kevin Knight at the Information Sciences Institute, University of Southern California.

“We did not even know what language was behind the cipher. After many experiments which didn’t bring us any closer, we guessed the German mark as the owner’s name Philipp in the book had German spelling and that the book, as far as we know, originated in Germany”, said Beata Megyesi, linguist at Uppsala University, in a statement.

But this spring, Megyesi, together with Uppsala colleague Christiane Schafer and Knight managed to combine their knowledge of computer science, lingusistics and language history to crack the code.

What they found has made quite a splash in the world of academic research.

“It was very exciting when the first pages started emerging. We realised the book had been written by a secret society and that it was describing their initiation rituals,” Megyesi said to the paper.

Further, the text turned out to contain previously unknown information about another secret society, namely the freemasons, which the Occultists had spent a lot of time and effort spying on.

“Historians believe that secret societies have had a role in revolutions, but all that is yet to be worked out, and a big part of the reason is because so many documents are enciphered,” Knight said in a statement.

The book is divided into three parts. The first describes the Occultists own rituals, the second gives an overview of Freemason activities and rituals during the 18th century and the third shows that previously unknown forms of Freemasonry existed at the time.

“The third part of the book actually proves that esoteric and political forms of Freemasonry flourished as early as the mid-18th century,” said Önnerfors to The Local.