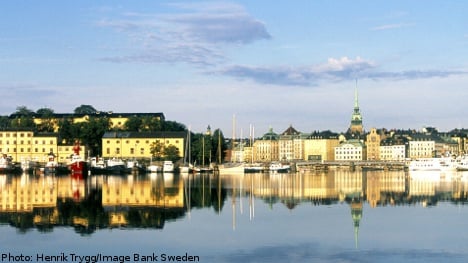 The Swedish capital ranks fifth on the Lonely Planet’s list of “favourite cities” for 2012, behind top-ranked London, the Omani capital of Muscat, Bangalore, India and Cadíz, Spain.

According to Lonely Planet “Stockholm looks as perfect as it’s ever been” despite the attention given to its “grimy” side by the popularity of Stieg Larsson’s Millennium crime trilogy.

“This is as seductive a capital city as can be imagined – cozy yet cosmopolitan, willfully alternative and effortlessly picturesque,” the Lonely Planet said in its description of Stockholm.

The guide singles out the island of Södermalm as “one of the coolest kids on the block” due to its eclectic mix of bars and and design boutiques, while also citing the “stately parks” of Djurgården as another worthy attraction.

News of Stockholm’s inclusion on the prestigious Lonely Planet list was cheered by Peter Lindqvist, head of the Stockholm Visitors Board.

However, Lindqvist gave most of the credit for Stockholm’s ranking to the city itself and “everything it has to offer”.

He expects that Stockholm’s inclusion in the Lonely Planet rankings will likely have an effect on tourism in Stockholm next year.

“Travel guides are important when people decide their destinations and Lonely Planet is an important actor,” he told DN.