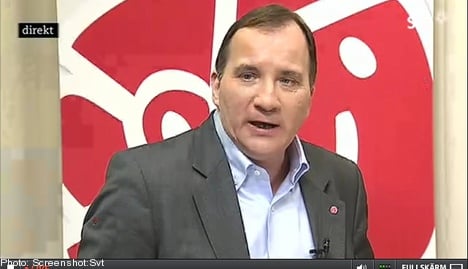 For the most part, the editorial pages of newspapers across Sweden offered generally flattering reviews for Löfven, who is expected to be formally installed as the successor of recently-resigned Social Democrat head Håkan Juholt.

The 54-year-old IF Metall union chief is described as pragmatic and endearing, but capable of being tough when needed.

According to daily Svenska Dagbladet, an independent moderate paper, Lofven is better than a high-profile saviour for the party because he has a “a low profile, high integrity, and a good judgement.”

Many editorial writers also hinted that Löfven was elected because of his abilities to unify a divided party.

“He was elected because the Social Democrat leadership have chosen comfort before a new start, peace and quiet before renewal,” wrote the Helsingborgs Dagbladet daily.

“But a congenial stick in the mud can be unexpectedly dangerous,” said the Blekinge Läns Tidning, which also emphasizes that Löfven has a long uphill battle in front of him.

Göran Greider with the Social Democratic Dala-Demokraten daily called the party’s choice “slightly revolutionary” and found it refreshing to have someone from the Swedish industrial working class smack in the middle of the political scene.

“In this new environment he has a chance to provide just what has been missing for so long: a working class voice. I hope he dares to take it,” Greider writes.

But not all the words written about Löfven were flattering, with some papers also directing attention to his lack of political experience, including the fact that he doesn’t have a seat in parliament.

“How will he manage this assignment without being in the Riksdag?,” asked the Social Democratic Värmlands Folkblad, adding that “he has shown great abilities leading IF Metall, but this heavy political assignment demands completely different things from him.”

While many of the social democratic-leaning editorial writers are hoping that choosing a man with union ties will strengthen the relationship between The Swedish Trade Union Confederation (Länsorganisationen — LO) and the Social Democrats, others remain sceptical of such a development.

“Half of the LO members don’t even vote for the Social Democrats so why this unhealthy ‘union-political’ interaction?” asked the conservative Nya Wermlands-Tidningen (NWT) daily.

Even though the Social Democrats hope to have found their man of steel, the social demcrat-leaning Västerbottens Folkblad daily is encouraging people to remember Löfven is just a man.

“He has a background and a past. Everybody has at some point made a mistake, it is only human,” the paper wrote.

Moreover, it remains to be seen if Löfven can meet the expectations placed upon him by his party colleagues and Social Democrat voters.

“With Löfven as party leader, perhaps Sweden at last will get the opposition leader it so desperately needs. It would in that case not be a minute too late,” wrote the Dagens Nyheter (DN) daily. 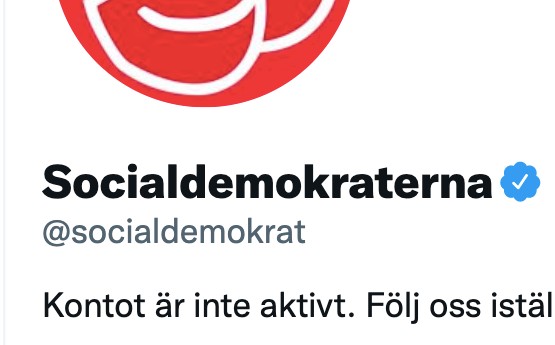