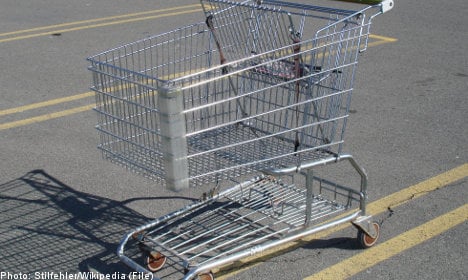 The incident took place in July 2011 when the man was on his way into the Amiralen shopping centre just outside Karlskrona, the local Bltsydostran.se news website reported.

According to the victim of the assault, the 89-year-old first gestured toward her to get out of the way as they were both attempting to navigate the congested mall entrance.

The woman in turn gestured that the 89-year-old could take another route, at which point he rammed his shopping cart into hers, only to back up and do it again.

The collision was so violent that it caused the woman’s cart to hit her in the chest, causing pain in her ribs.

After the incident, the woman followed after the 89-year-old to tell him that “just because you’re old doesn’t mean you can do whatever you want”, Bltsydostran.se reported.

The elderly man responded by punching the woman in the chest.

In court, the 89-year-old claimed he reacted when the woman blocked him from entering the mall and that she then ran after him, screaming.

The man also testified that he didn’t have the use of his right arm, a claim supported by a doctor who testified on his behalf.

But two witnesses to the incident supported the woman’s version of events, and the court convicted the 89-year-old of assault.

The man was ordered to pay a fine of 1,500 kronor ($222) as well as compensation of 350 kronor to cover the costs of the healthcare expenses incurred by the woman following the incident.