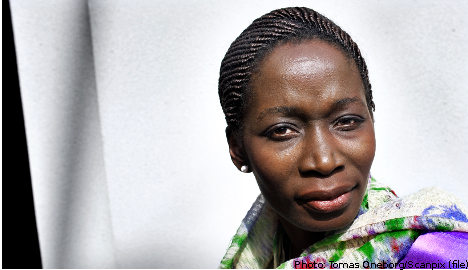 “This is the reality that we live in. We see it at home, at school, in the work force, in health care and social services. It is not equal and that the citizens are this aware of it is a good thing,” Nyamko Sabuni said to the paper.

Sweden has been consistently listed as among countries considered most gender equal, however a recent survey by pollsters YouGov for the Metro newspaper have shown that the Swedish public does not agree.

80 percent of the people surveyed claimed that they felt Sweden was not a country of gender equality, which prompted Sabuni to comment.

“Household services could be expanded with a focus on families with small children until the children start school, for example. It is also possible to simplify the gender equality bonus to encourage families to share,” she said.

Meanwhile, 20,000 more women got jobs in Sweden in 2011 than the previous year, according to new figures from the Swedish National Employment Office (Arbetsförmedlingen). This is largely stemming from extra employment for women in the health sector.

“There is a problem if fewer workers must support more. If more women are given the opportunity to increase their working hours, we avoid perhaps having to work until we are 75,” said Joseph Lannemyr of the agency to the paper.

Employment amongst women increased mostly for those born outside of Europe, according to employment office. However, up to 11 percent of this group is still stuck working part time, despite wanting full time work.

According to the Metro survey, the majority of those surveyed responded that gender equality could be reached most effectively by raising the wages in female dominated occupations.