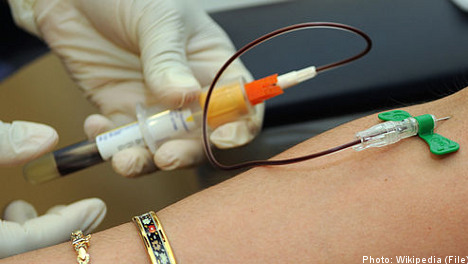 The findings, which are a result of research by Linnaeus and Kalmar universities, was completed with the help of Jonas Bergquist from Uppsala University, and has been published in Nature’s Translational Psychiatry journal.

“What we’ve found is a way to potentially determine whether a child is autistic based on their blood sample,” Bergquist told The Local.

“It comes down to the metabolizing of a specific protein, or rather, a part of that protein, a process which differs between children who have autism and those who don’t. We have been able to measure these proteins and monitor their effects.”

Bergquist is quick to point out that he doesn’t see autism as a disease to be “cured”, rather that it is a different type of personality that can be supported and cared for quicker and earlier.

He pointed out that society, and in particular schools, will benefit from such information, as they will be able to work with the information and support those affected by autism.

In the long run, Bergquist hopes that further developments will help scientists to understand autism and other neuropsychiatric disorders.

He added that another goal would be to make the blood test simpler and potentially available to everyone.

“At the moment, it’s not something you can just go and buy at the drug store. But it would be great if we could eventually get to that,” he told The Local.

Autism is a neural development disorder which affects social interaction and communication capabilities. Some 9,000 school children in Sweden have some form of autism, according to the Swedish autism association.