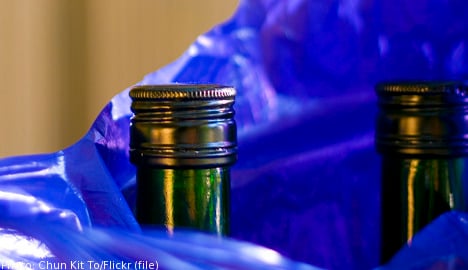 At a recent meeting by the ethical council of the National Board of Health and Welfare (Socialstyrelsen) it was decided that the reluctance of care workers to help a disabled alcoholic to buy drink is an infringement on his rights.

The middle-aged man in question suffers from stiff legs and a balance impairment, making it difficult for him to do his own shopping and perform chores around the flat.

He therefore receives home help service from the local authorities, who clean his flat, purchase his food and cigarettes, and spend some time with him every day.

However, the man also wants his care workers to purchase his alcohol, something some of them have so far felt reluctant to do, taking the matter to the ethical council for guidance.

Currently, the man makes his way to the alcohol shop himself when his abstinence becomes unbearable, but often falls over and injures himself on the way.

According to the council, staff says the man becomes difficult to handle when he doesn’t have access to drink, acting aggressively toward staff and letting his flat go to ruin.

When under the influence, however, he is calm and pleasant and in rather good spirits.

After deliberations, the council decided that it is not up to the local authorities to decide how the man chooses to live his life, and therefore they have no right to regulate his alcohol consumption.

Instead, their duty is to assist him in his day-to-day life – including the purchase of alcohol.

However, they also said that staff should keep a dialogue with the man of his life choices and the extent of his alcohol consumption.

They can then also bring to his attention the dilemma they face when asked to buy alcohol for someone already intoxicated.